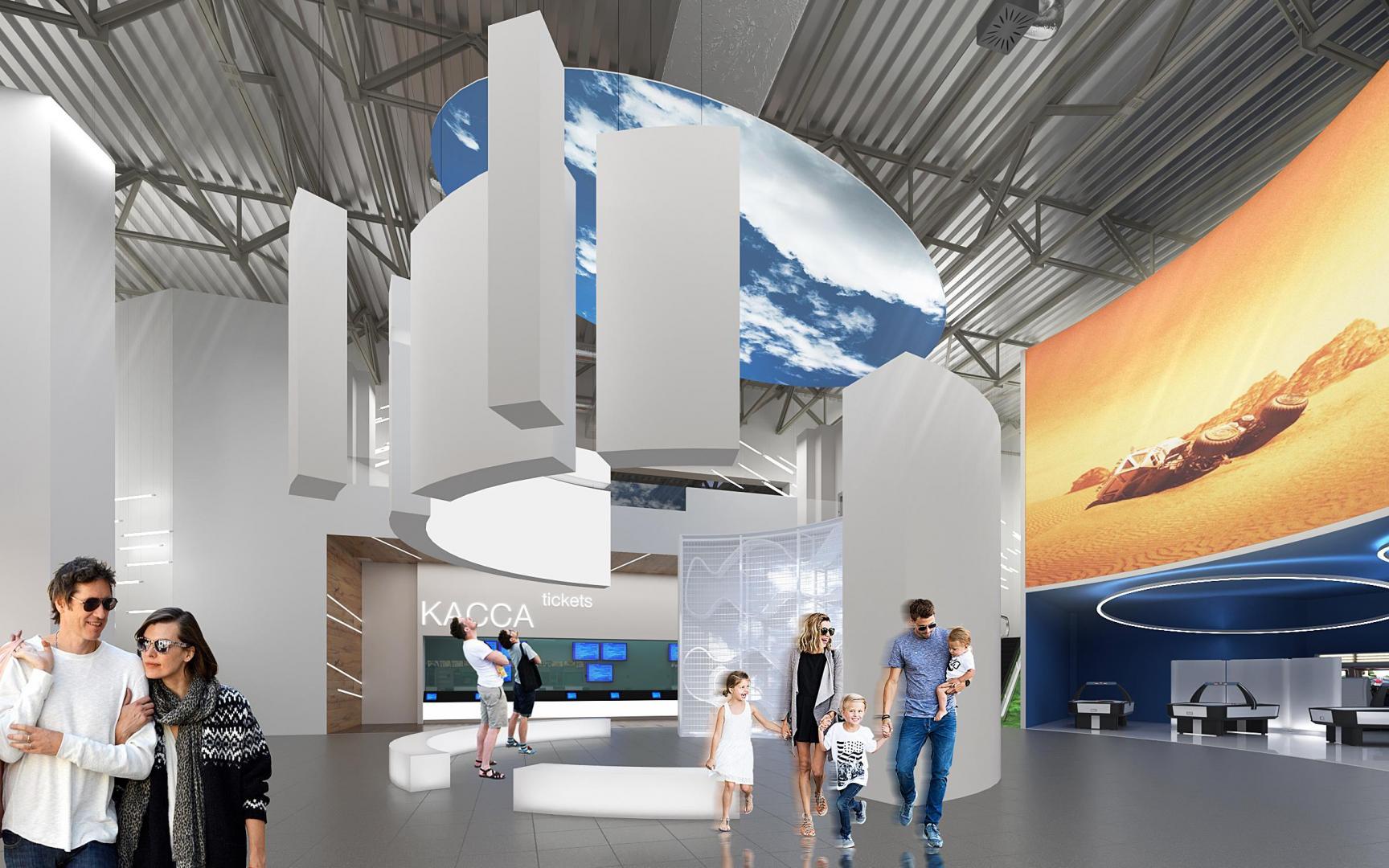 The interior design of the cinema foyer in the Belaya Dacha Shopping Center is also connected with the world of cinematography, but here it is presented in a futuristic way. The space is twisted around a high central core open to above and is developing as a kaleidoscope of LED screens of different sizes. The core is designed as a kind of an upward breakthrough with the disk of a screen on the top. This solution resonates with the mosaics on the ceiling of Mayakovskaya metro station. On the core orbit there is a large-scale concave screen, and a few smaller screens “flying away” from the center. Their own movement and narrative remind of anti-utopic cinema-cities such as the one shown in the neo-noir science fiction film “Blade Runner”. One of the core orbits is formed by an original vertical playground – after all, the notion ”cinema” does not only imply amazing effects, it also means a place for family recreation. 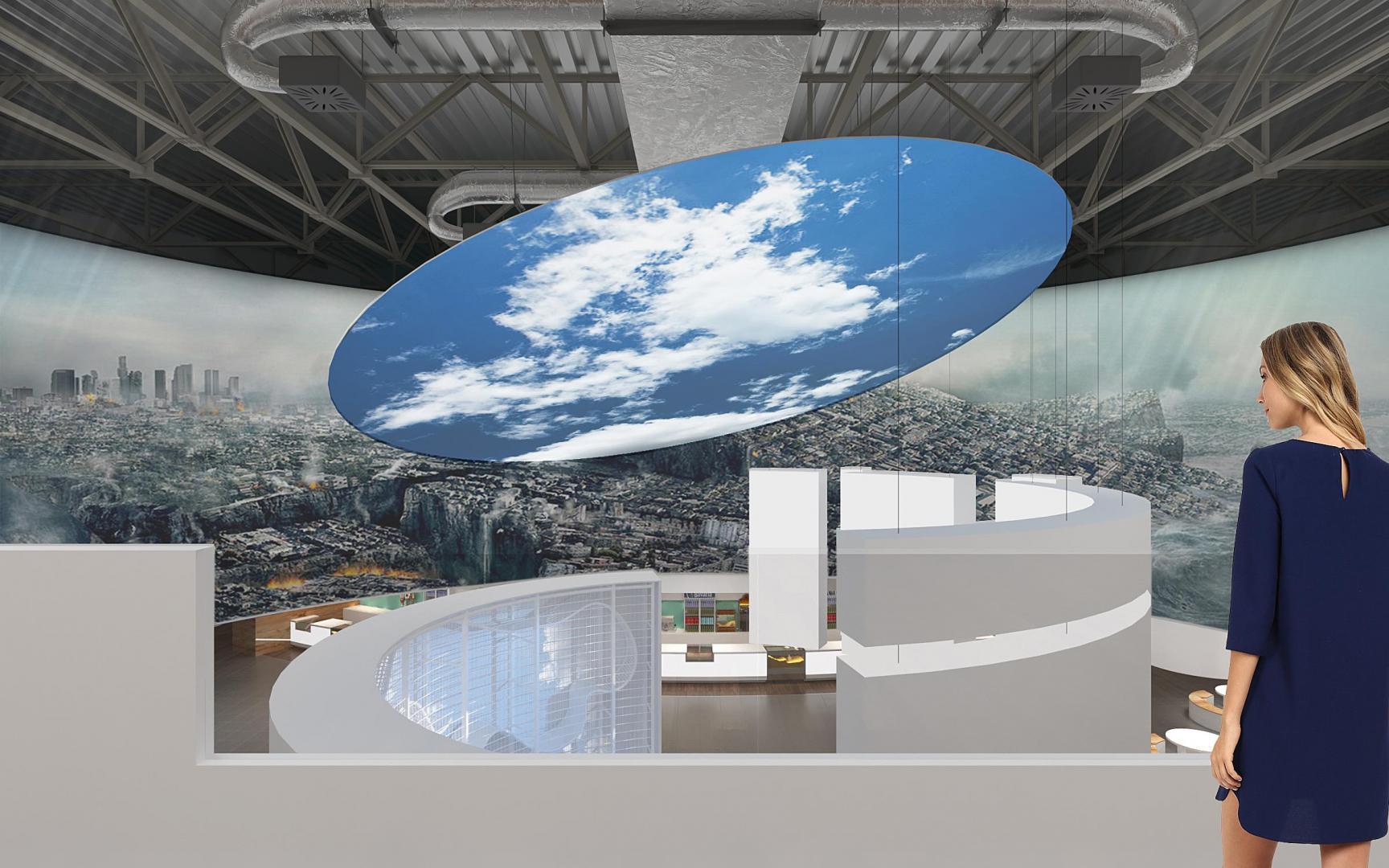 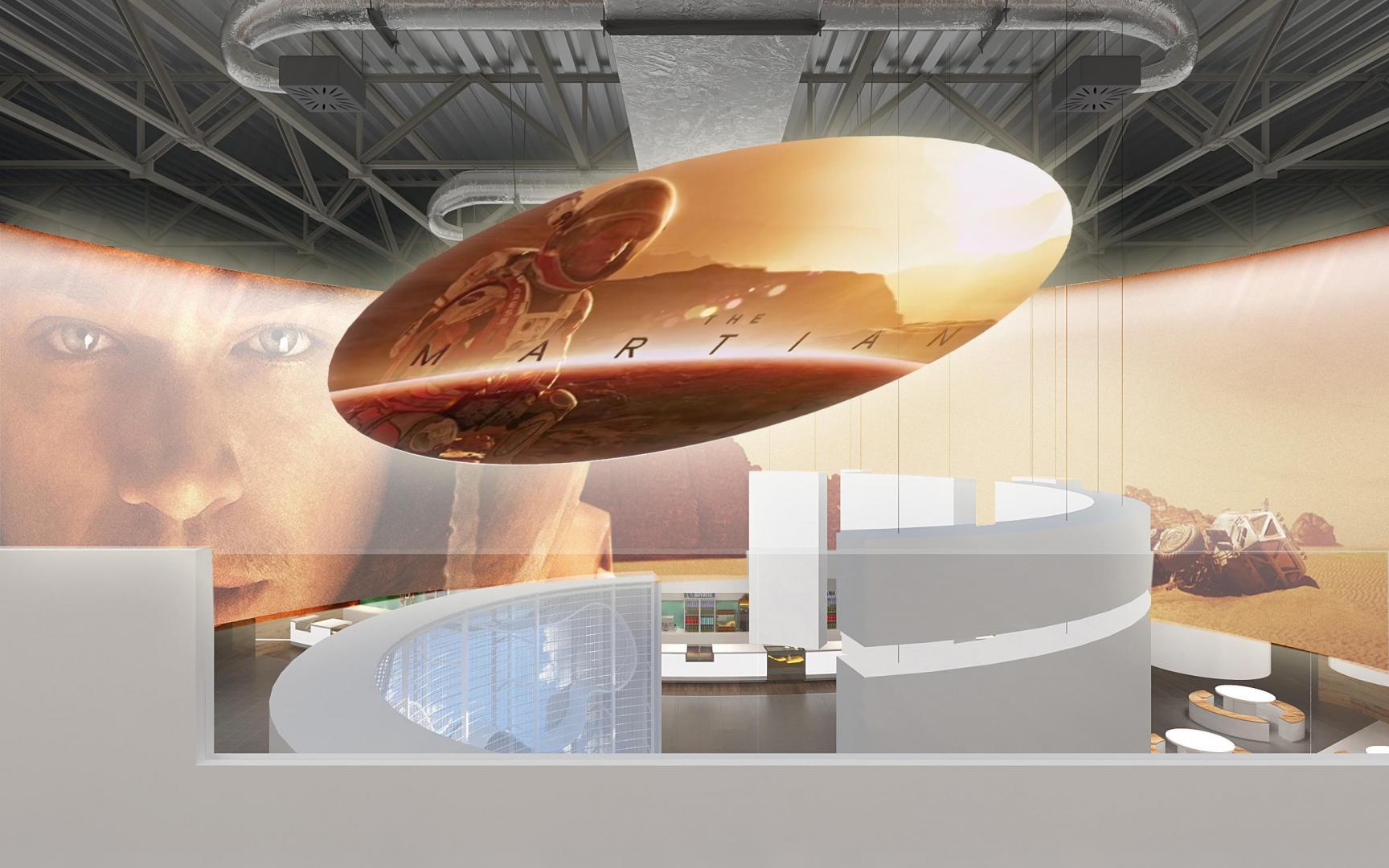 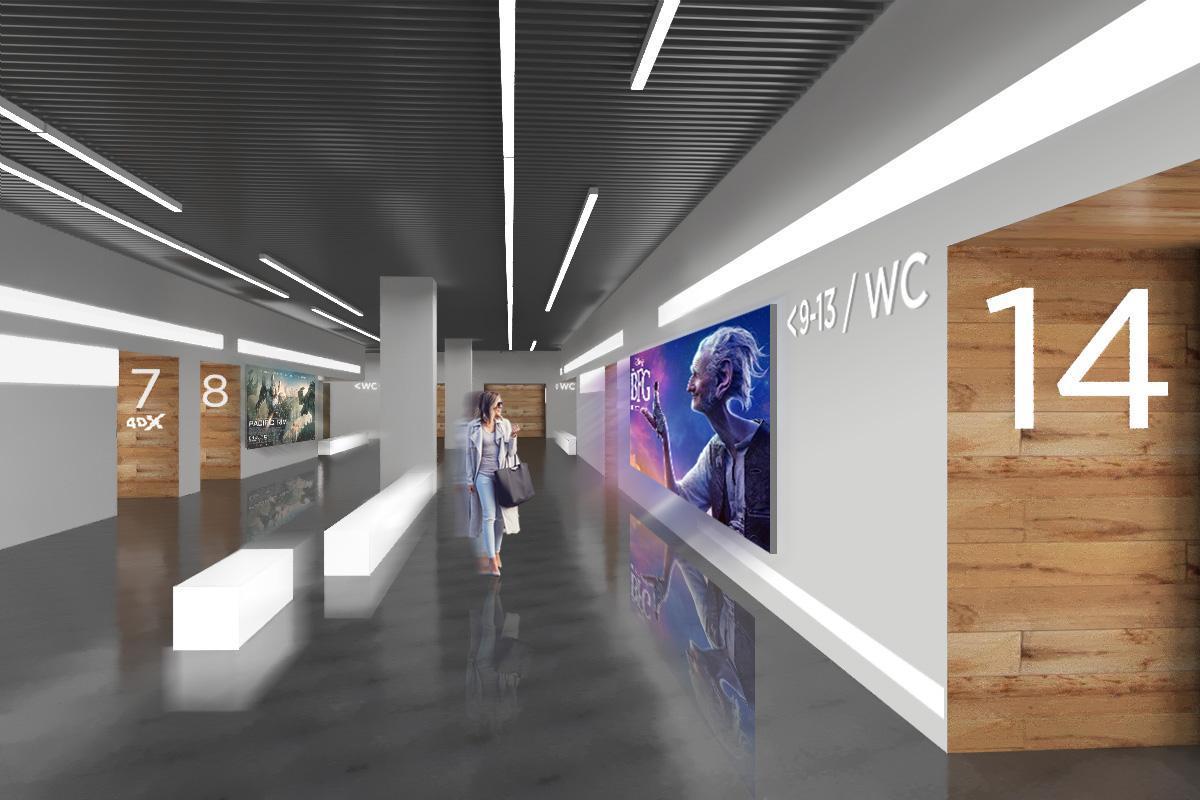 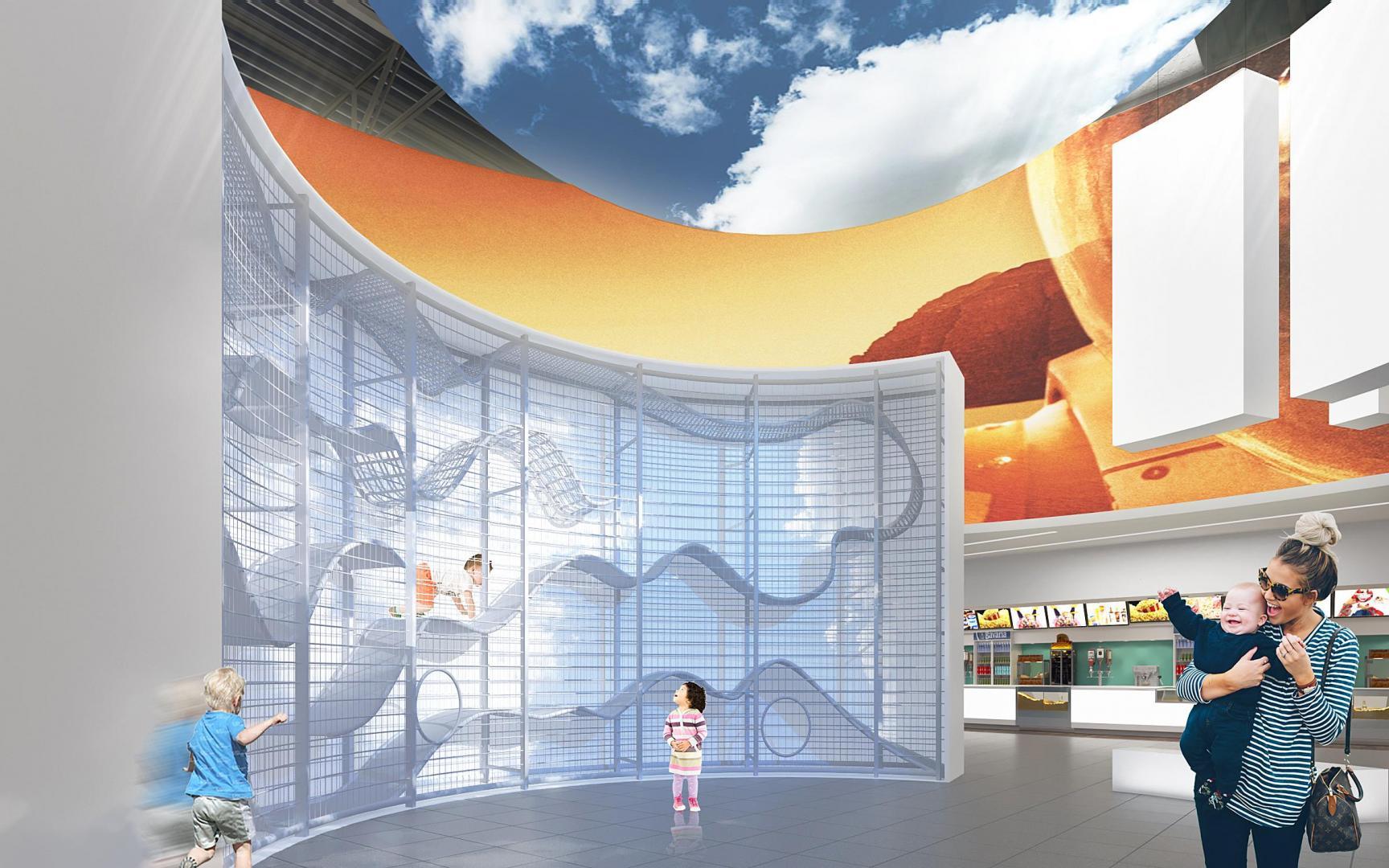 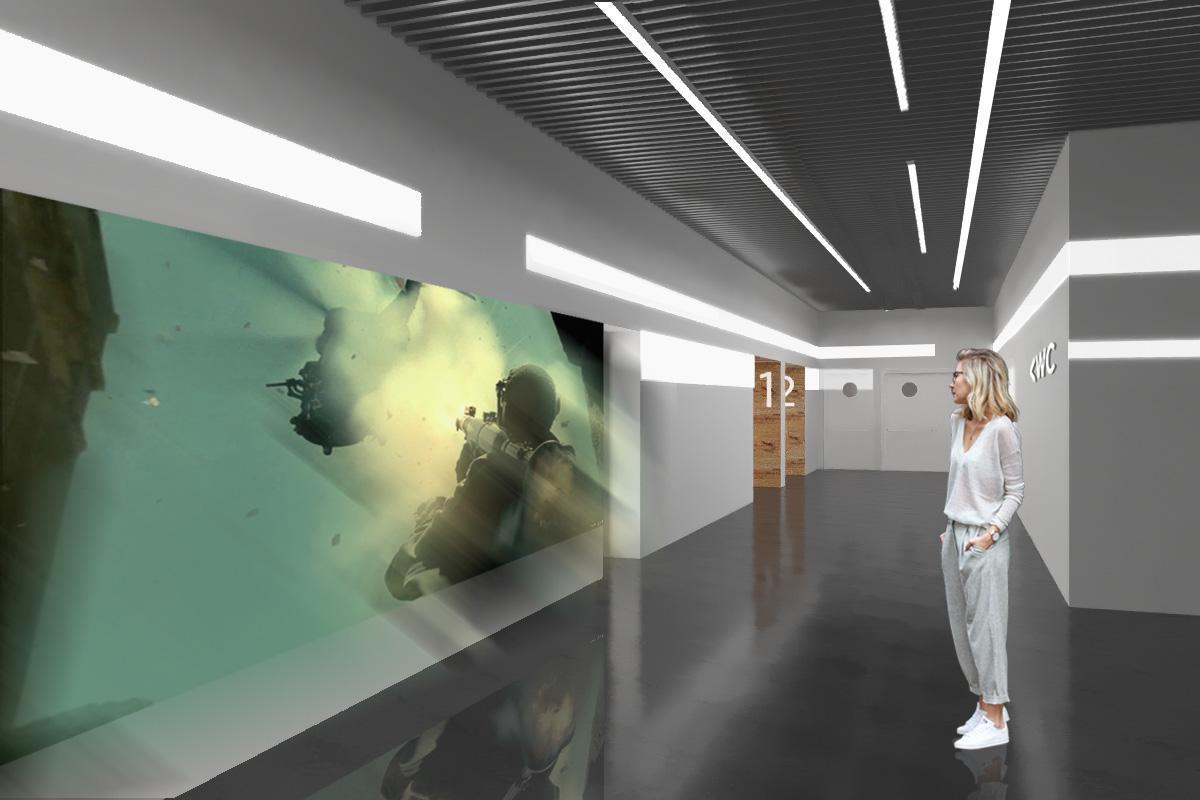 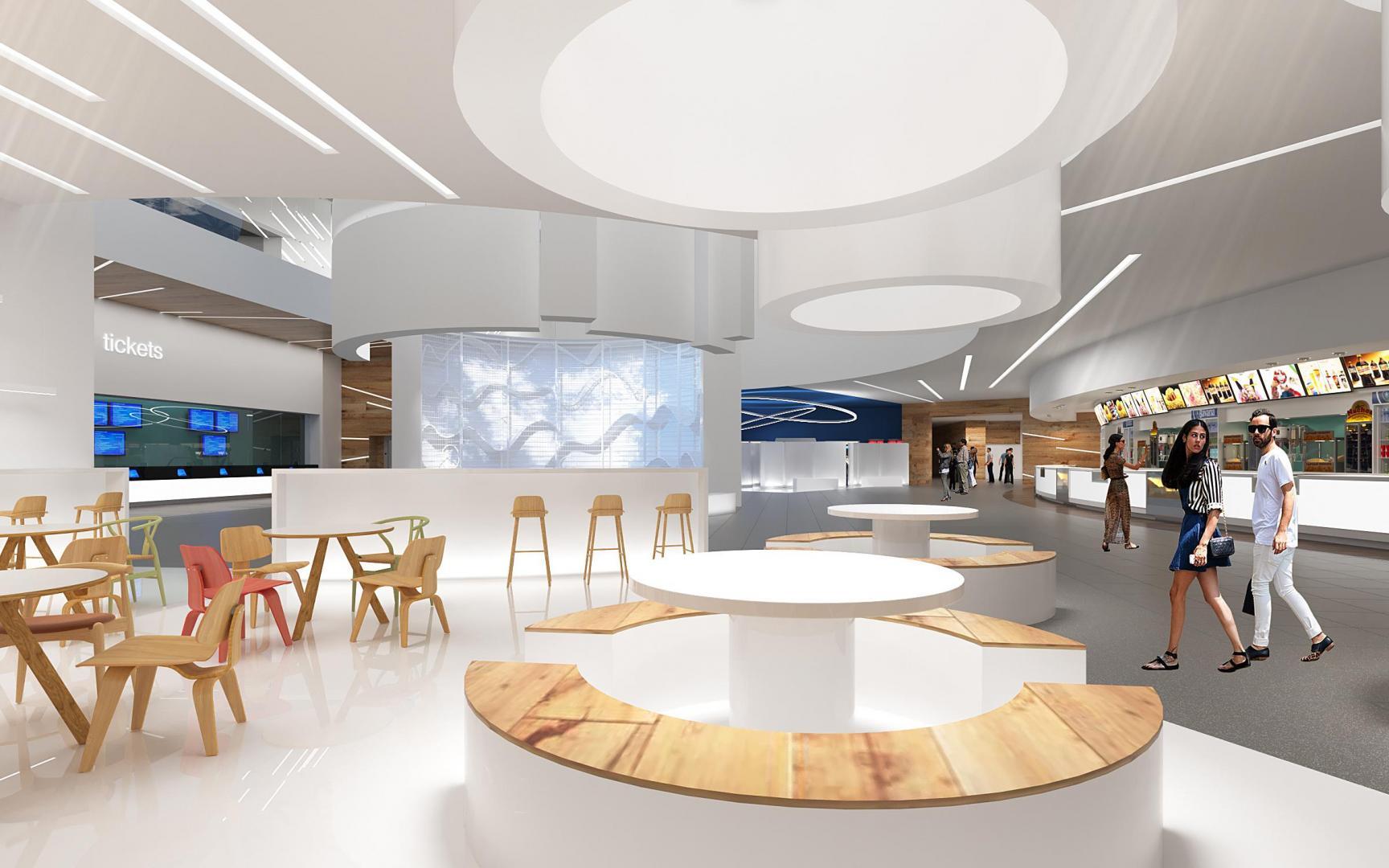 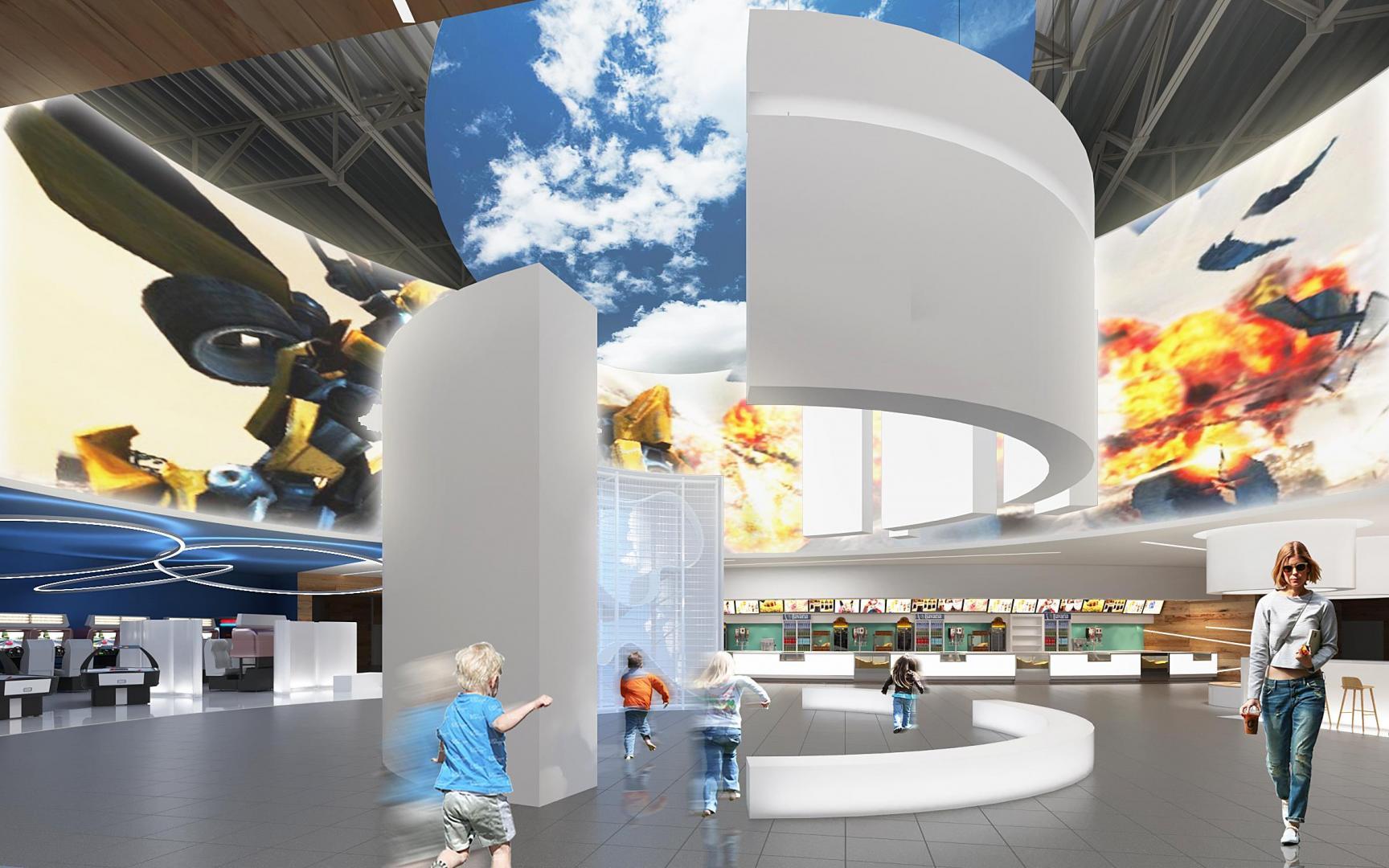