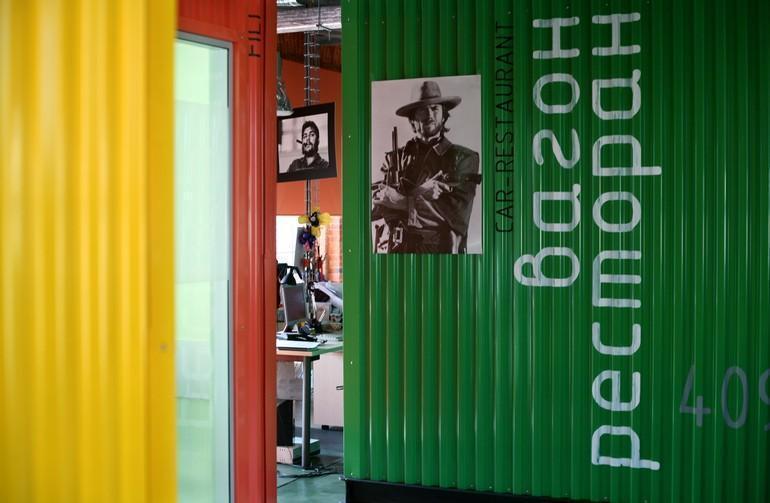 Rodnaya Rech — is a company, for which creativity is a norm of life, whereas routine and pattern absolutely contraindicated. Hence the new headquarters customer wanted to see in any shape or form but most importantly not trivial, without bored raster fixtures, classical office carpet and plasterboard partitions. The room, within which the work had to be done, is located inside one of the corps of a former factory building named «Red Rose», the headquarters will take up the whole area of the floor which is 1600 meters squared.  As a result, the so called «City in a City» was built. The huge premises were split into several small volumes, within which the office cabinets and meeting rooms were located. Workplace for the staff was based in the open space of the office: departments, for which manufacturing process is dictated by frequent communication with one another, are located next to each other. Management offices, conference room and reception are placed in the center of the premises – they are equally close to all the employees. Such planning turned out to be not only functional, but also experimenting with shapes and colors, authors had given an interesting spatial game: with every turn you explore a new type of angle and fascinating perspective of the office. Decoration of the wall was defined by the features of the building: 19th century factory was built out of high-quality, marked bricks, so the authors decided not cover up the picturesque antique masonry. Cleared from the “cultural layers” plasters, polished and covered with a protective coating became a beautiful fond for coloristic experiments. For the isolated rooms authors had given an associative resemblance to marine containers, highlighting them with partitions made out of profiled metal, colored in bold, open colors. 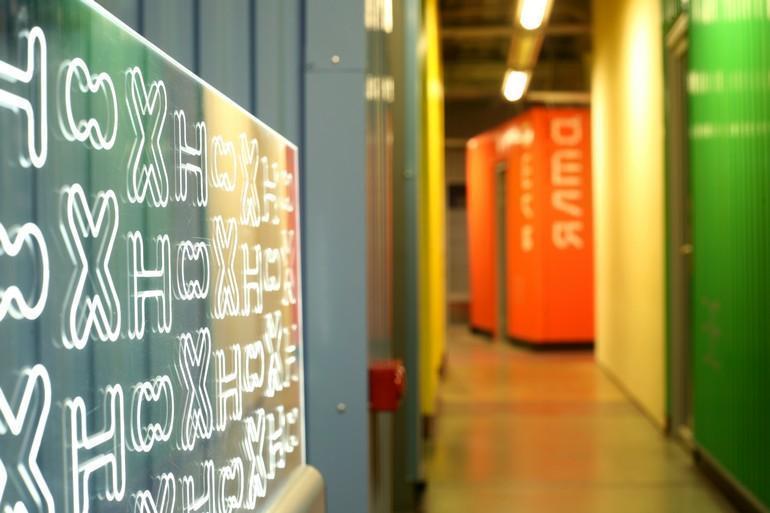 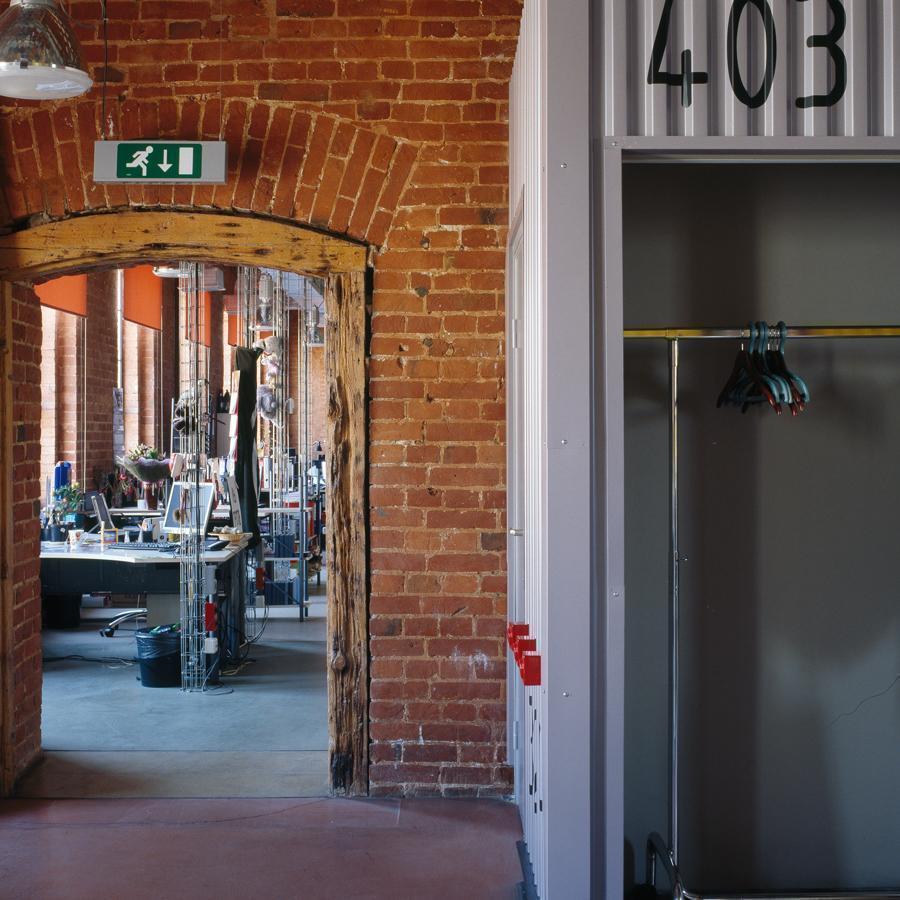 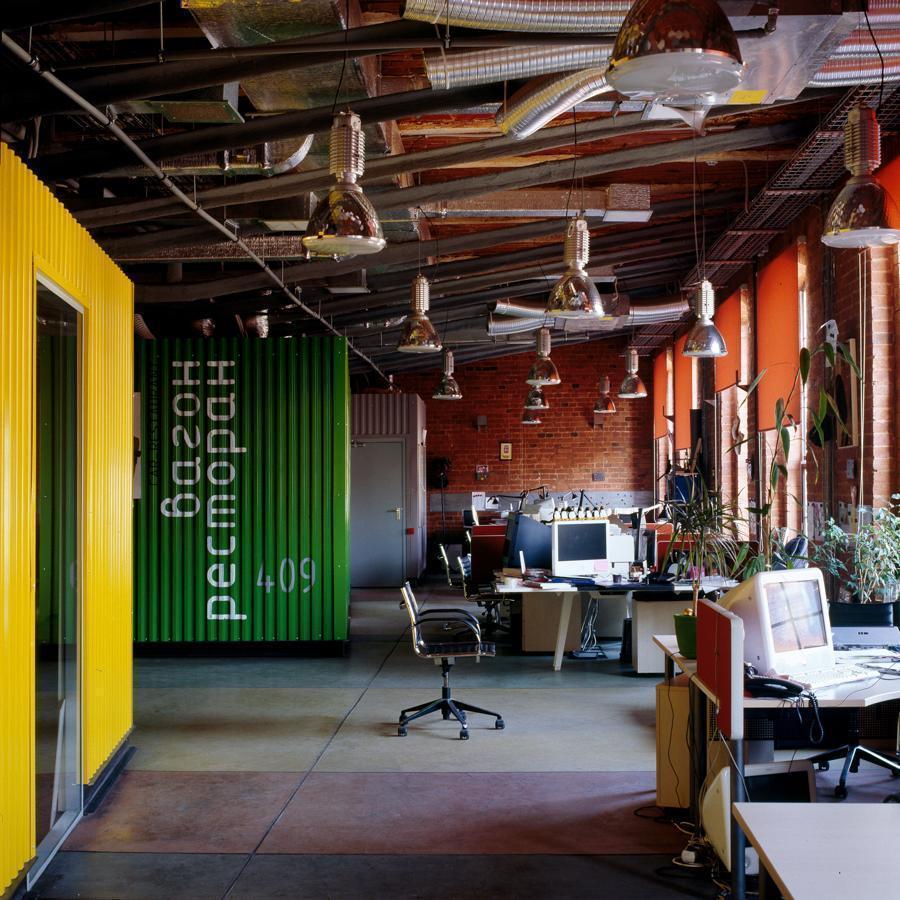 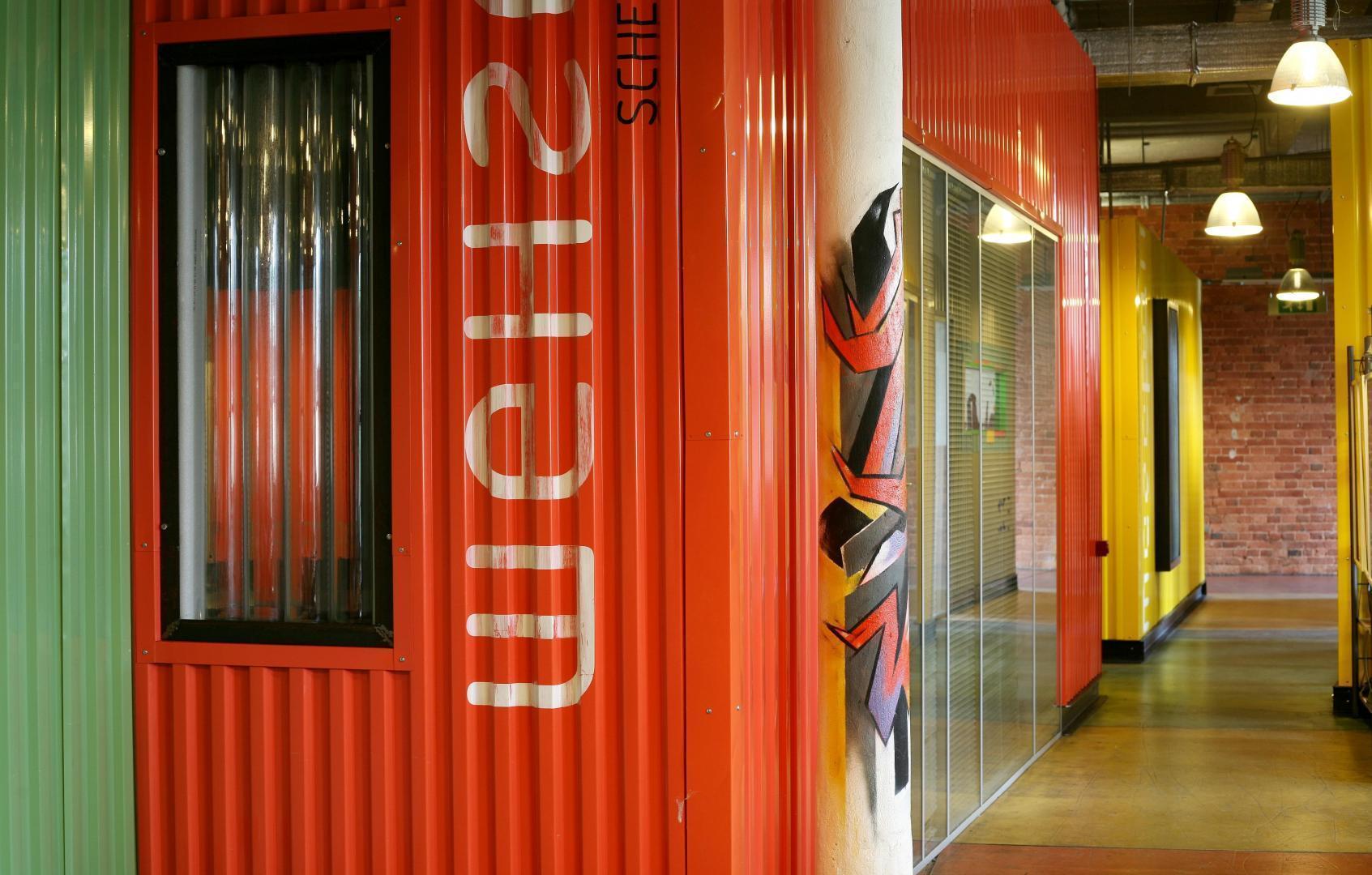 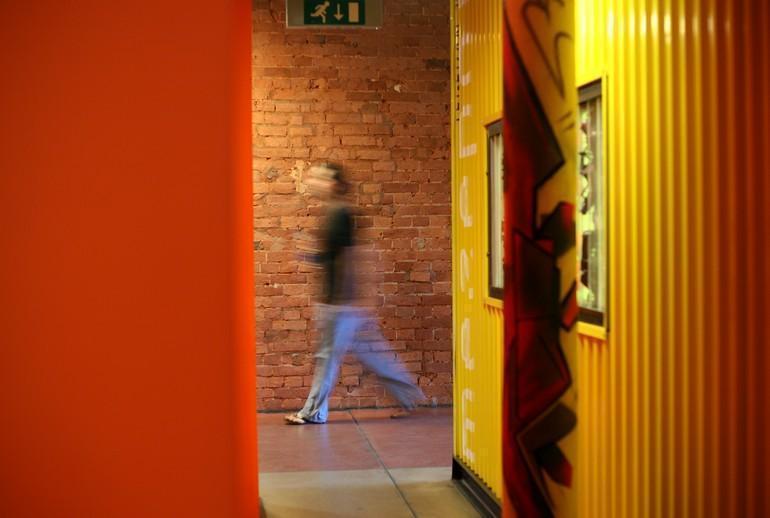 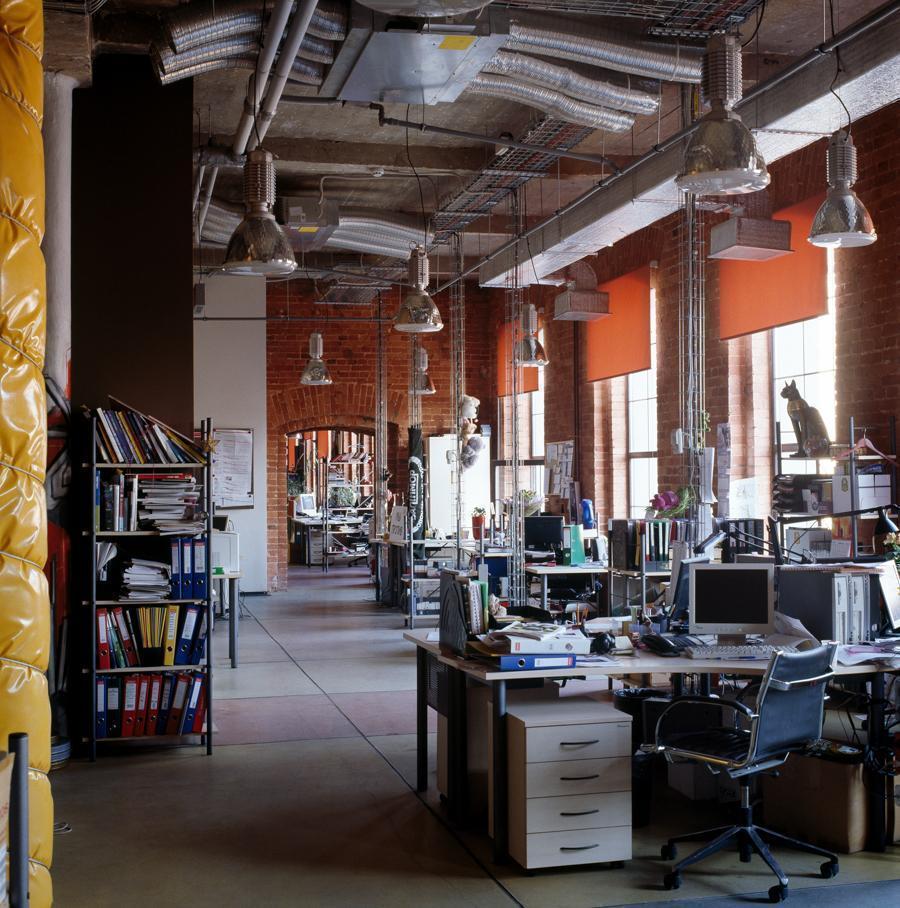 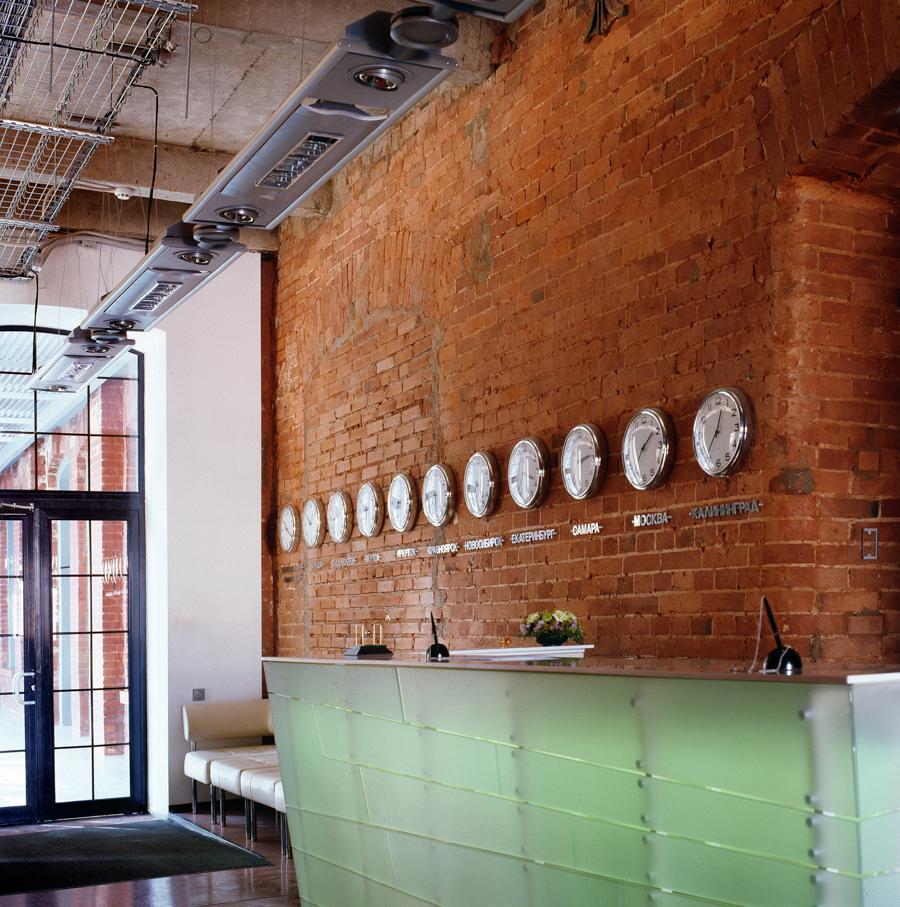