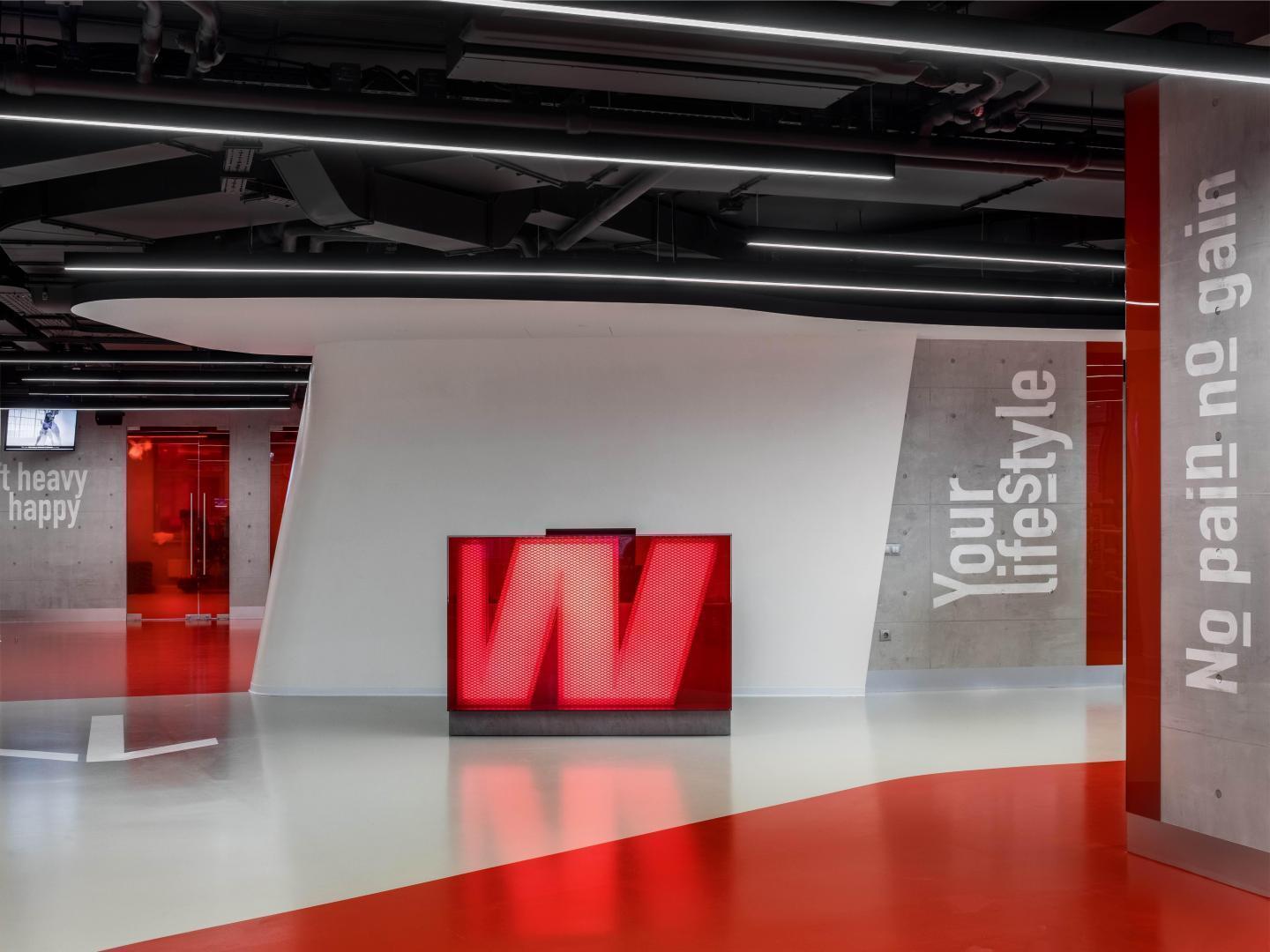 An extended project of the World Class fitness clubs chain renewal first of all assumes the creation of a branded architectural style for the interiors of fitness clubs. Therefore, the architects considered the development of the conceptual matrix, which would be based on two principles: inalterability and adaptability. The basic idea was dynamics and movement. The arrangement of the interior space is based on the collision of two opposite principles and as a result energy is released. The colliding poles are represented by different colors and materials: white – plastic, viscous, anthropomorphic, feminine; and gray – concrete, heavy, brutal, muscular. Their interaction gives rise to red – energetic, pulsating, unifying. It fills the space with movement, metabolism, heartbeat, which is felt intuitively, and thus creates a tonic environment promoting activities in the clubs. The main feature of the Taganka sports club is the spa area with a specially designed lighting scenario: hidden light changes from blue to violet and then turns to warm shades. 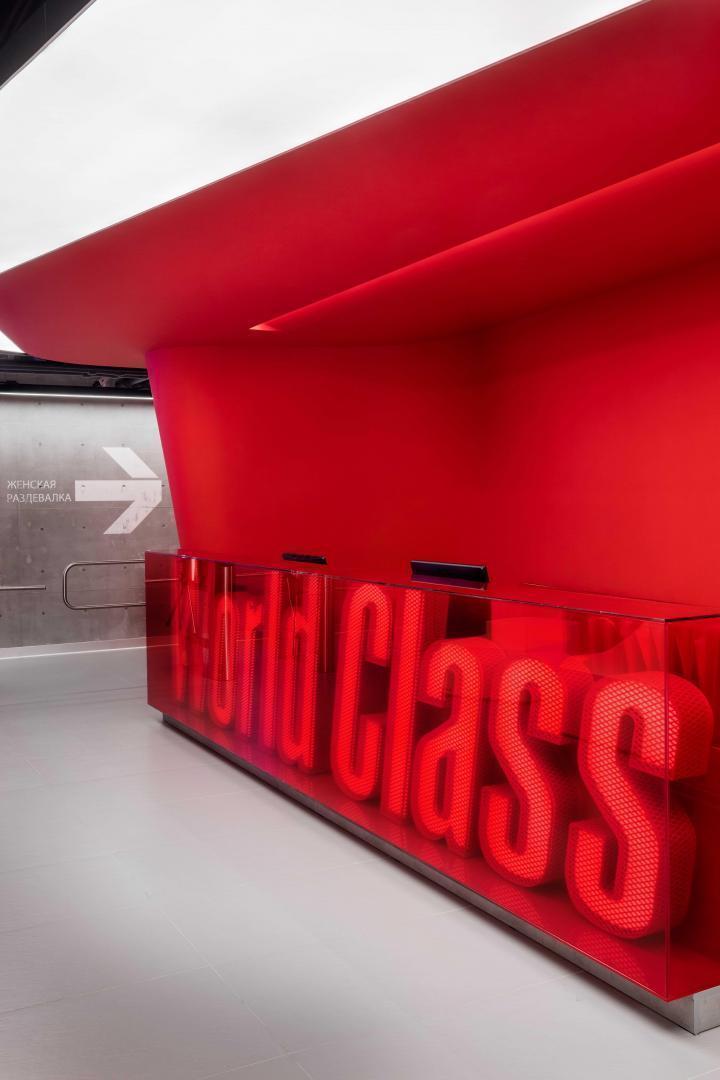 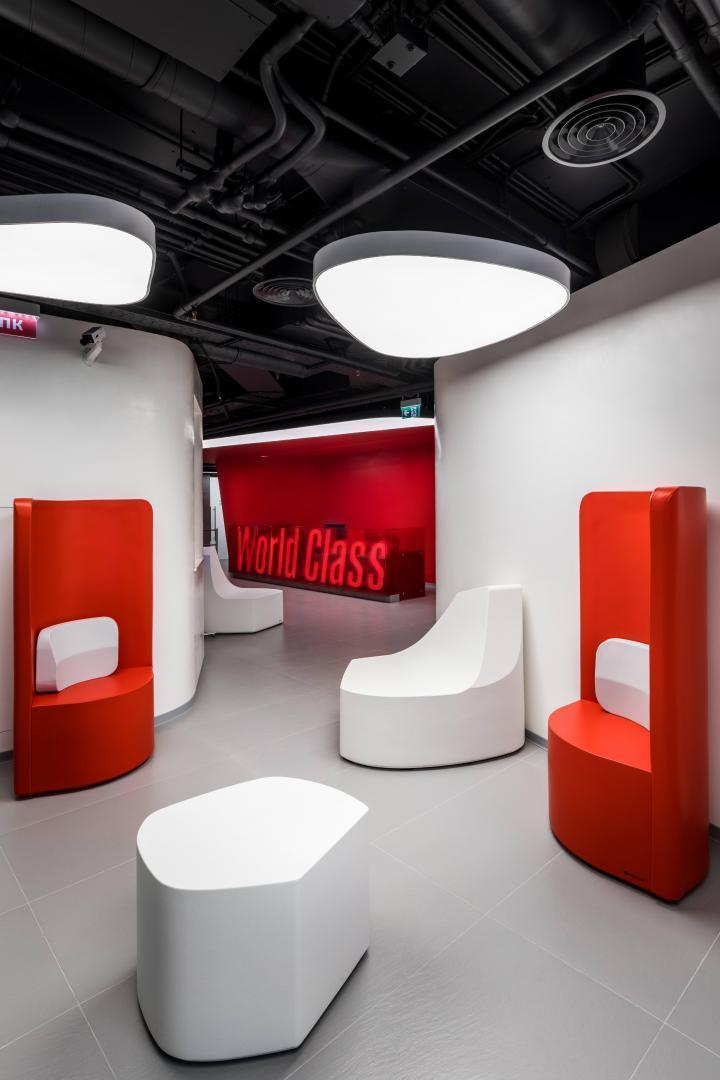 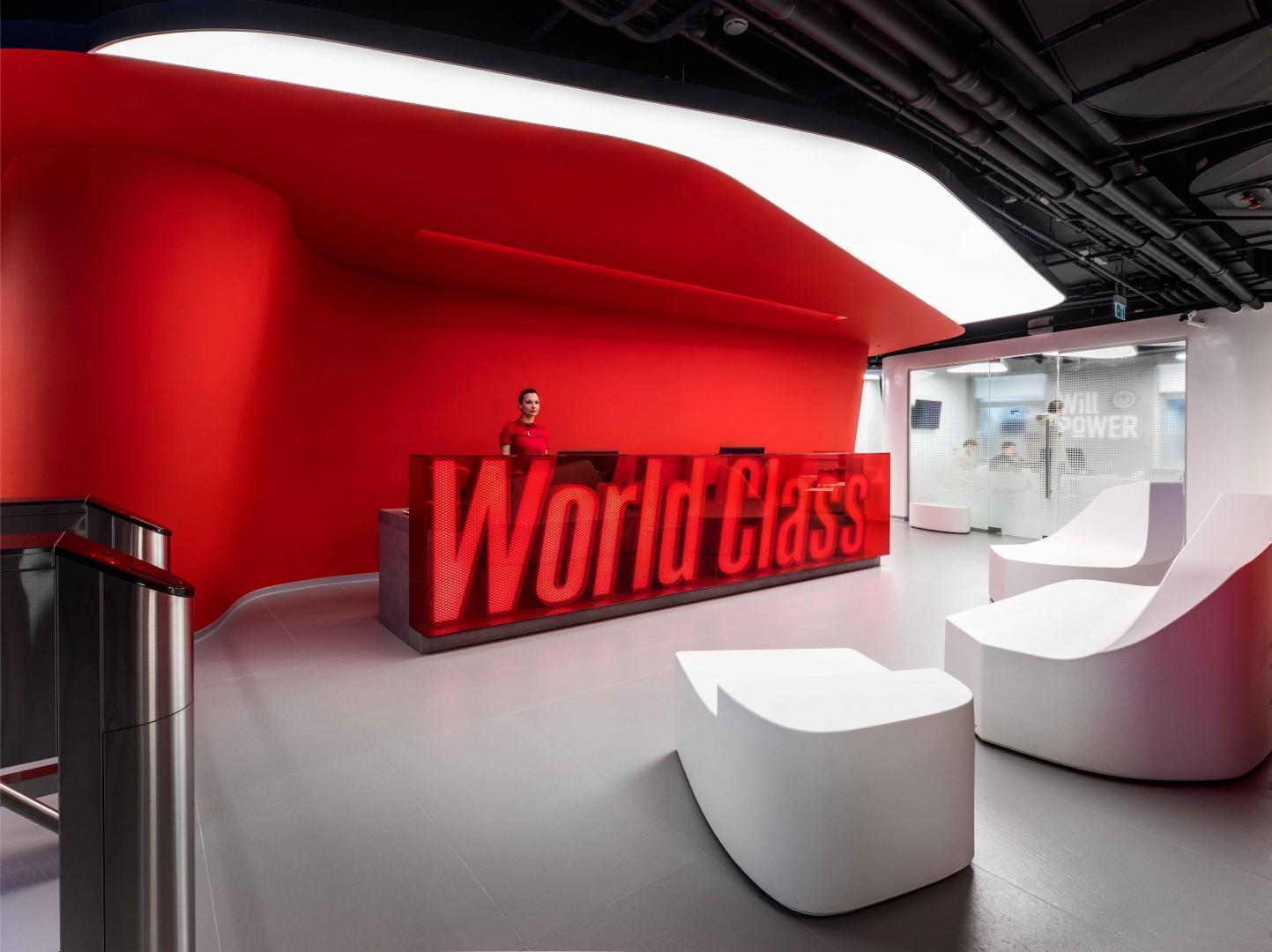 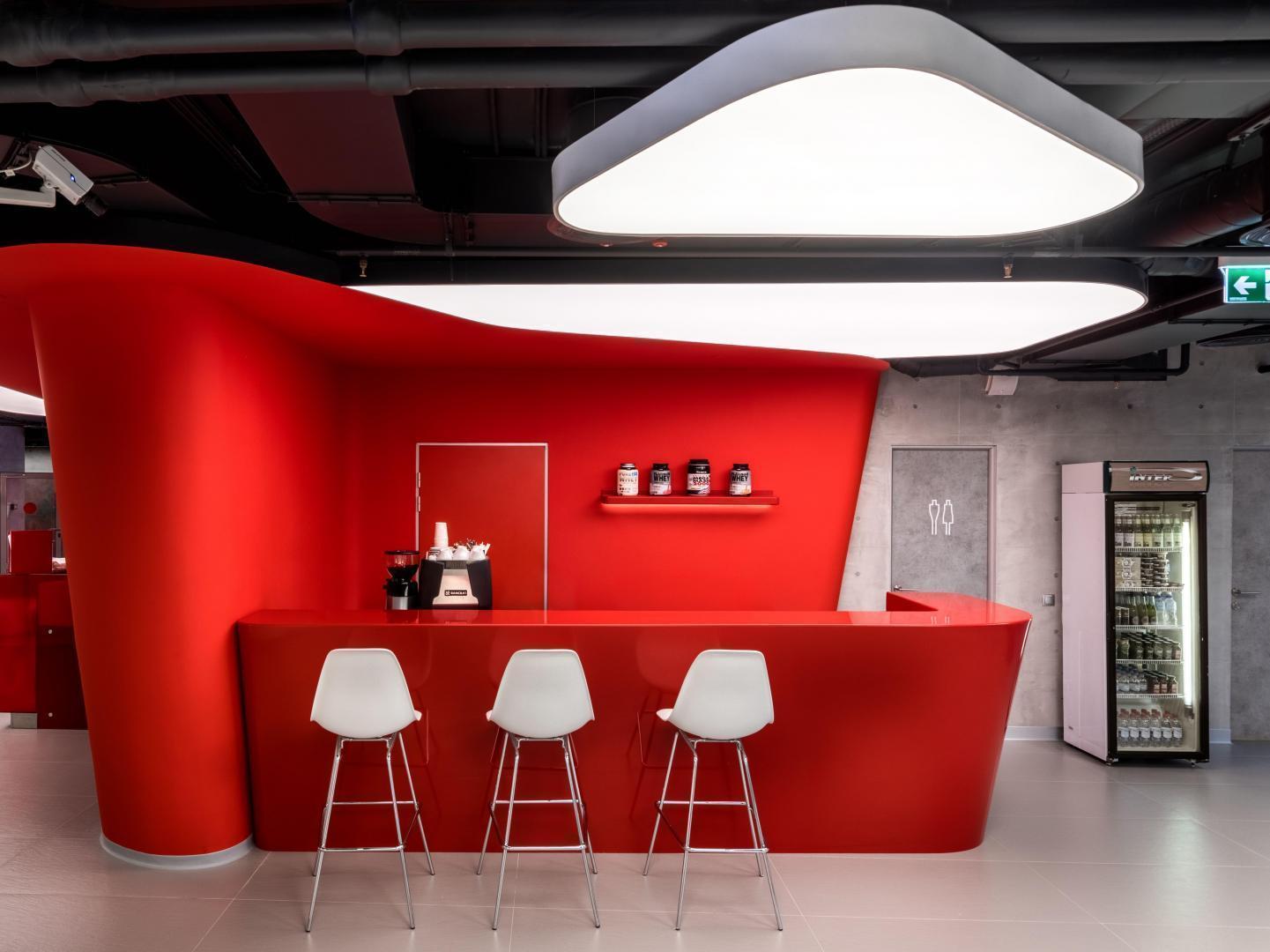 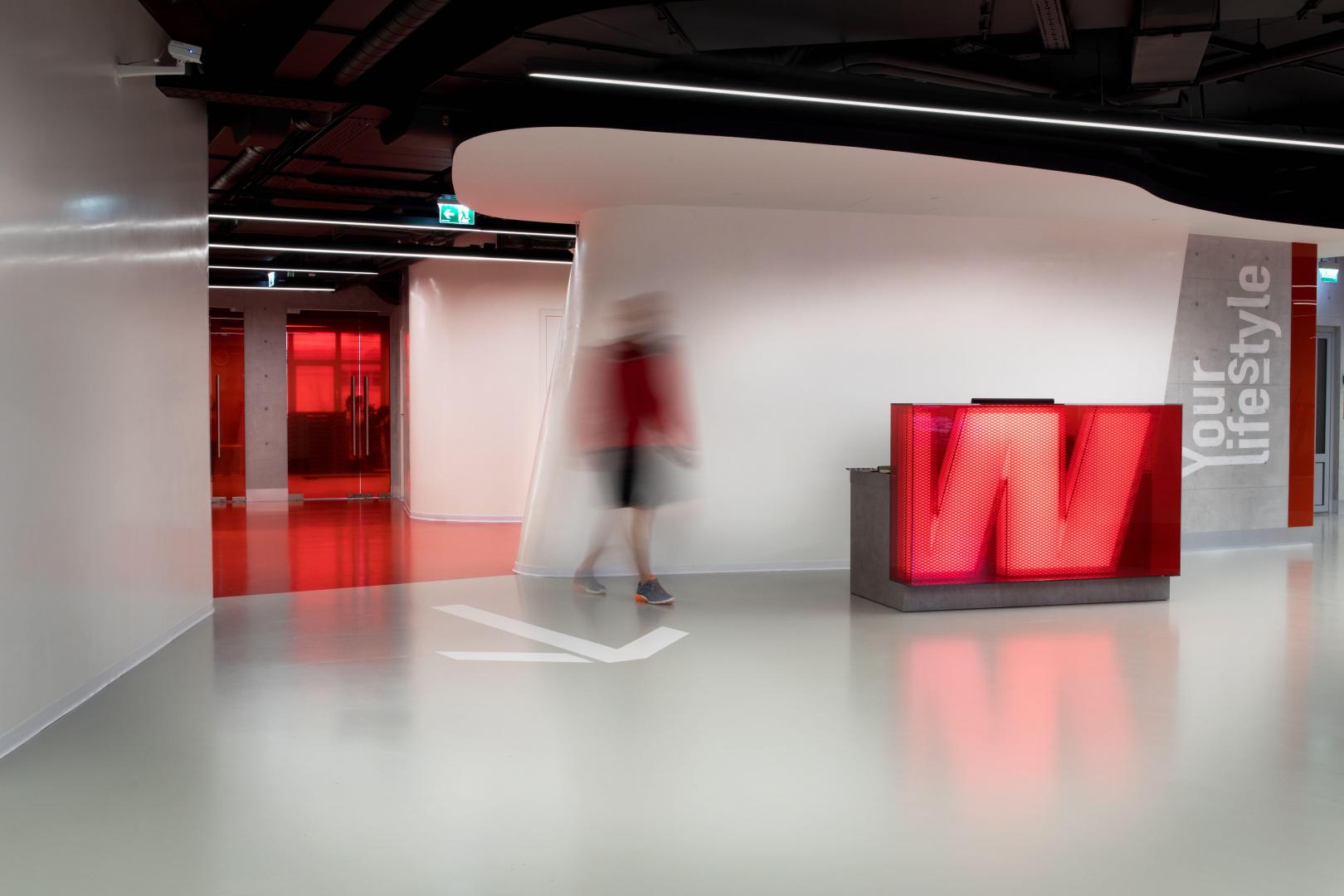 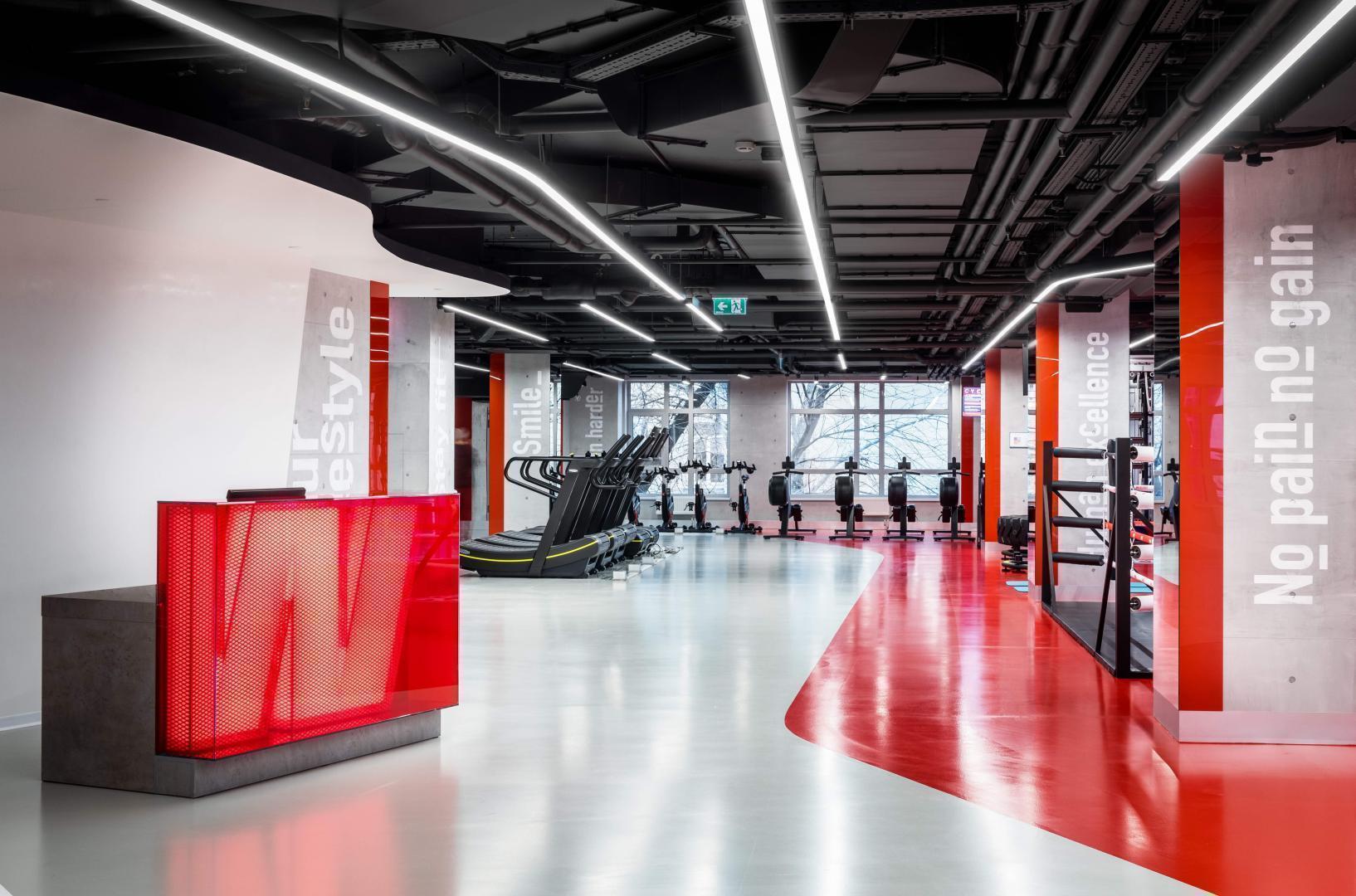 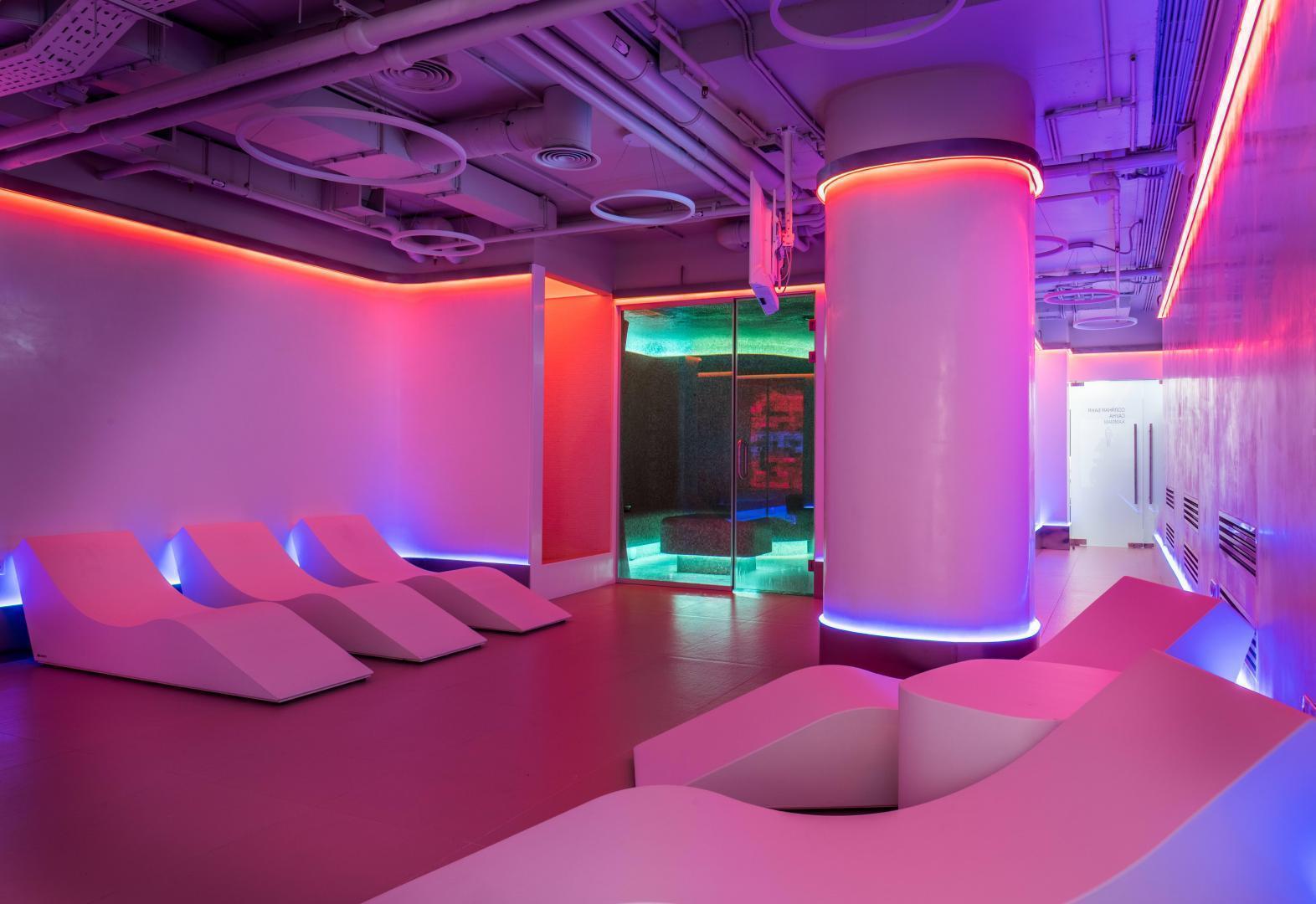 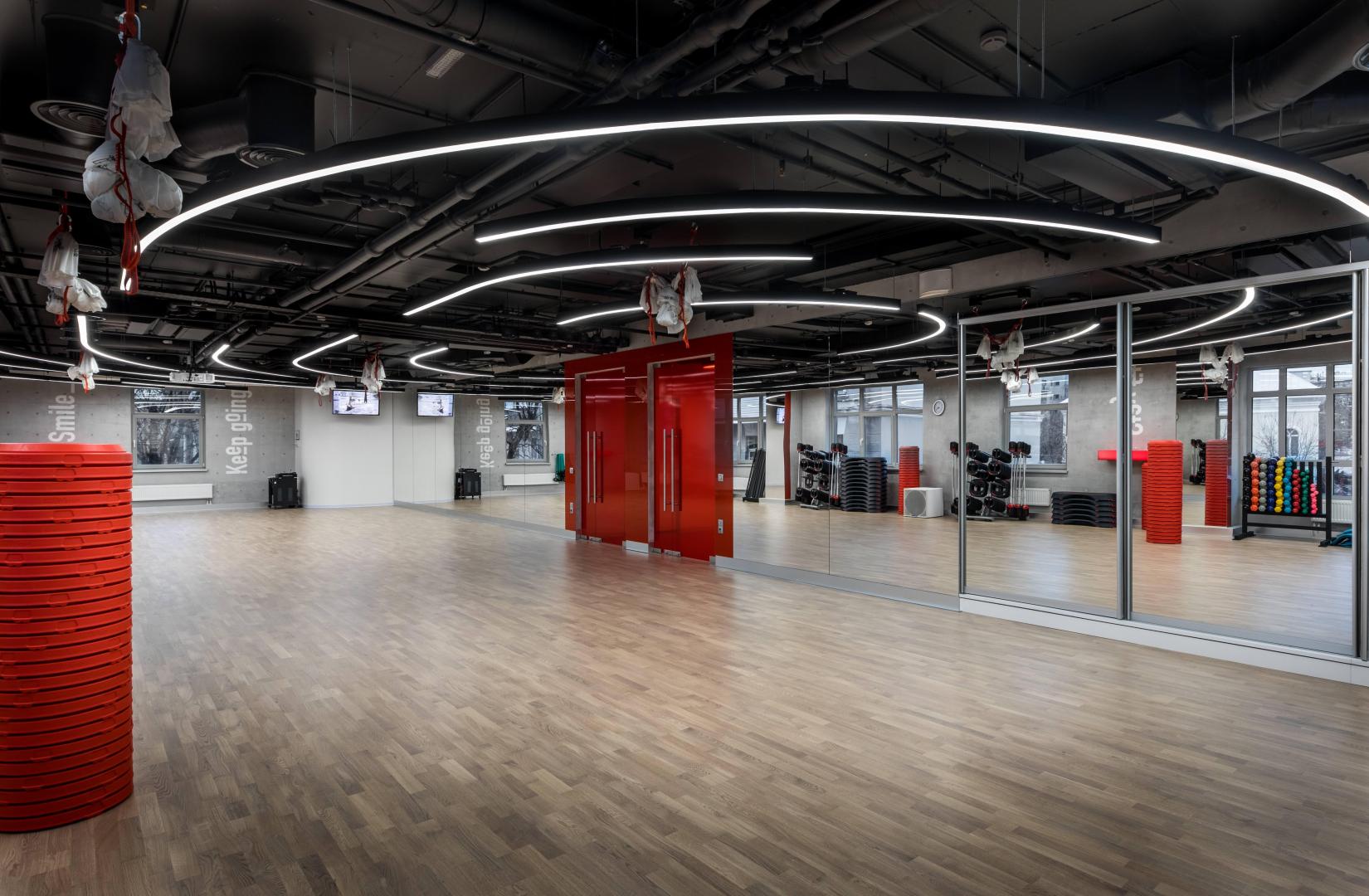 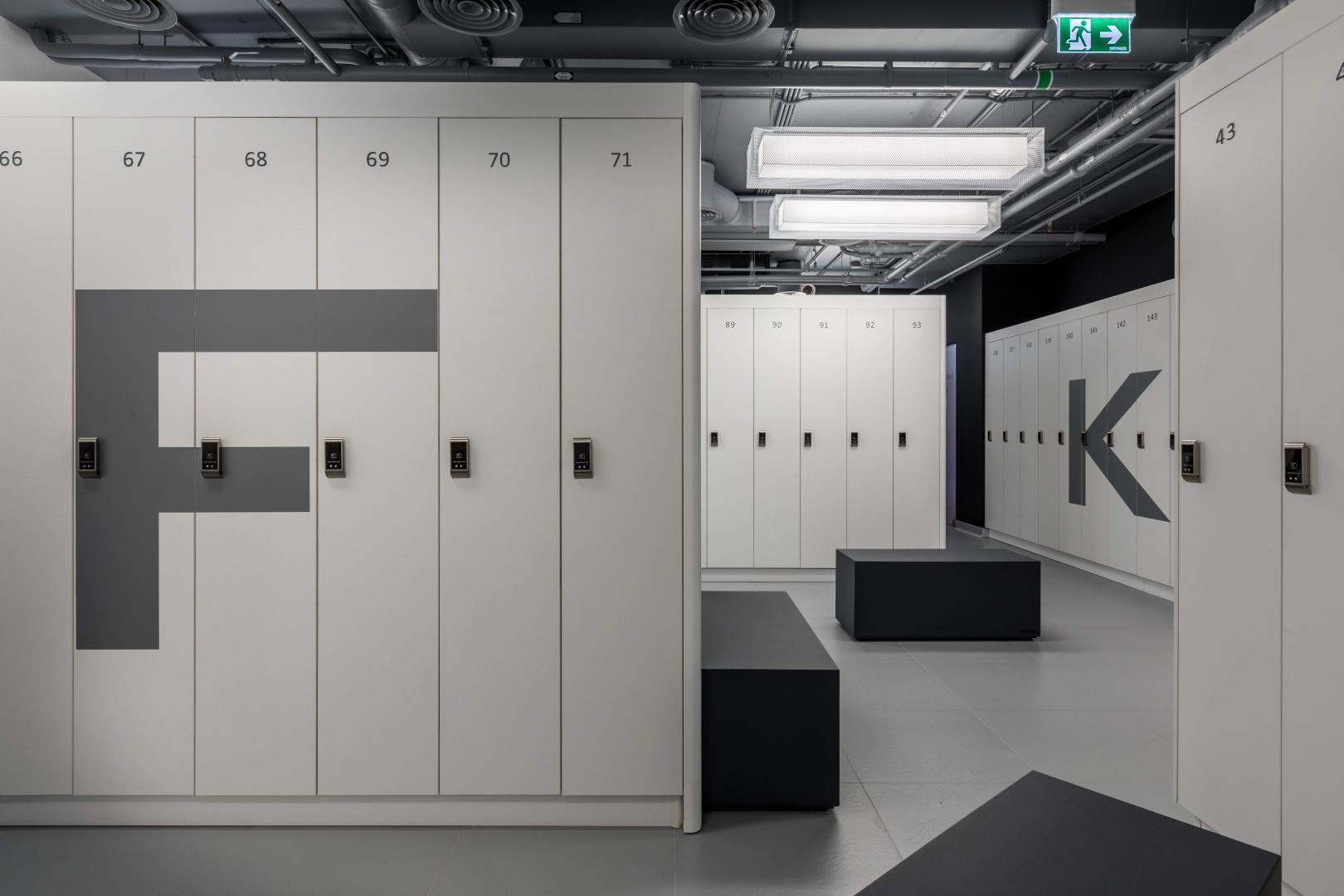 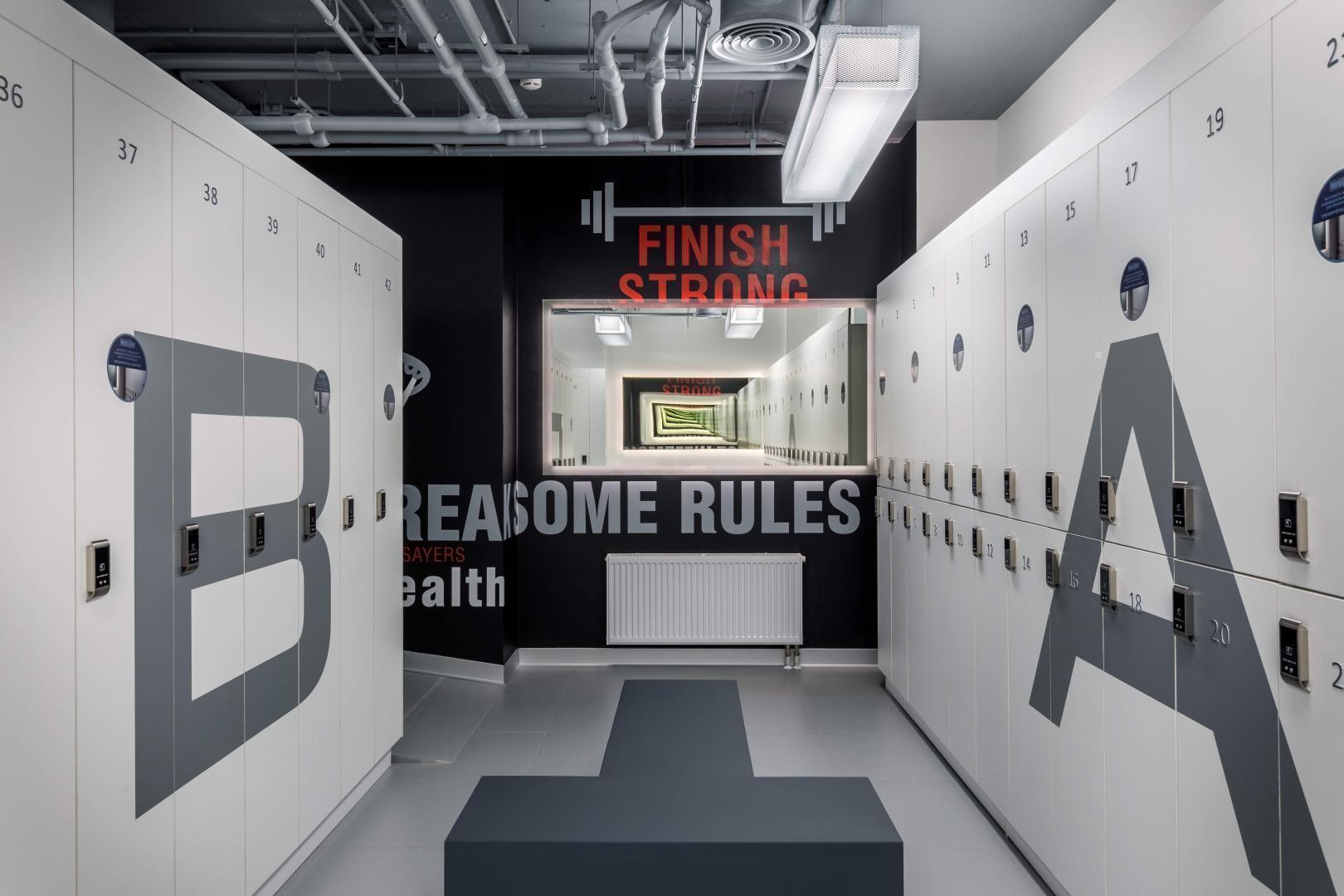