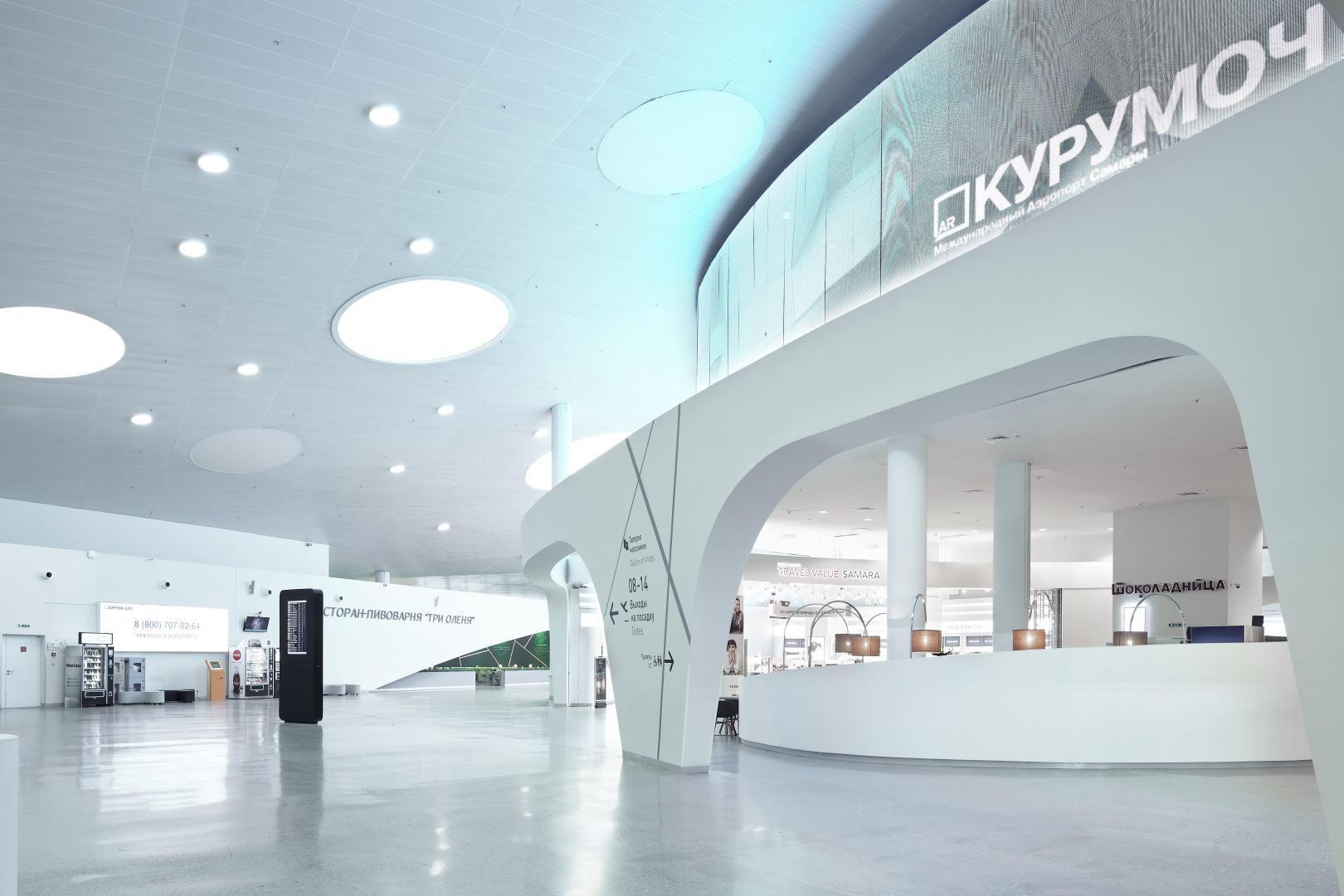 The idea of turning the airport into a spaceport became the key-note of the project. This was not an accidental idea – the architecture and design of the new terminal reflect the space-related status of Samara where space launch vehicles are constructed. Many enterprises of this kind appeared in the city in the 1960s, in the era when the entire mankind seemed to be fascinated with space exploration. Therefore, the style of the Samara airport interiors may be called cyberpunk. When working on the design, the architects envisioned the cosmic future as it was seen in the second half of the 20th century. In particular, they were inspired by Oscar Niemeyer’s works and the romantic movies about intergalactic flights filmed in the era of thaw in international relations. However, futuristic dreams have not undergone radical changes since that time. That is why nowadays as well as in the 1960s sterile white spaces, ceiling lights and windows in the shape of rhythmical circles, rounded outlines of mezzanine floors and small architectural forms are associated with the concept of a technological space future. 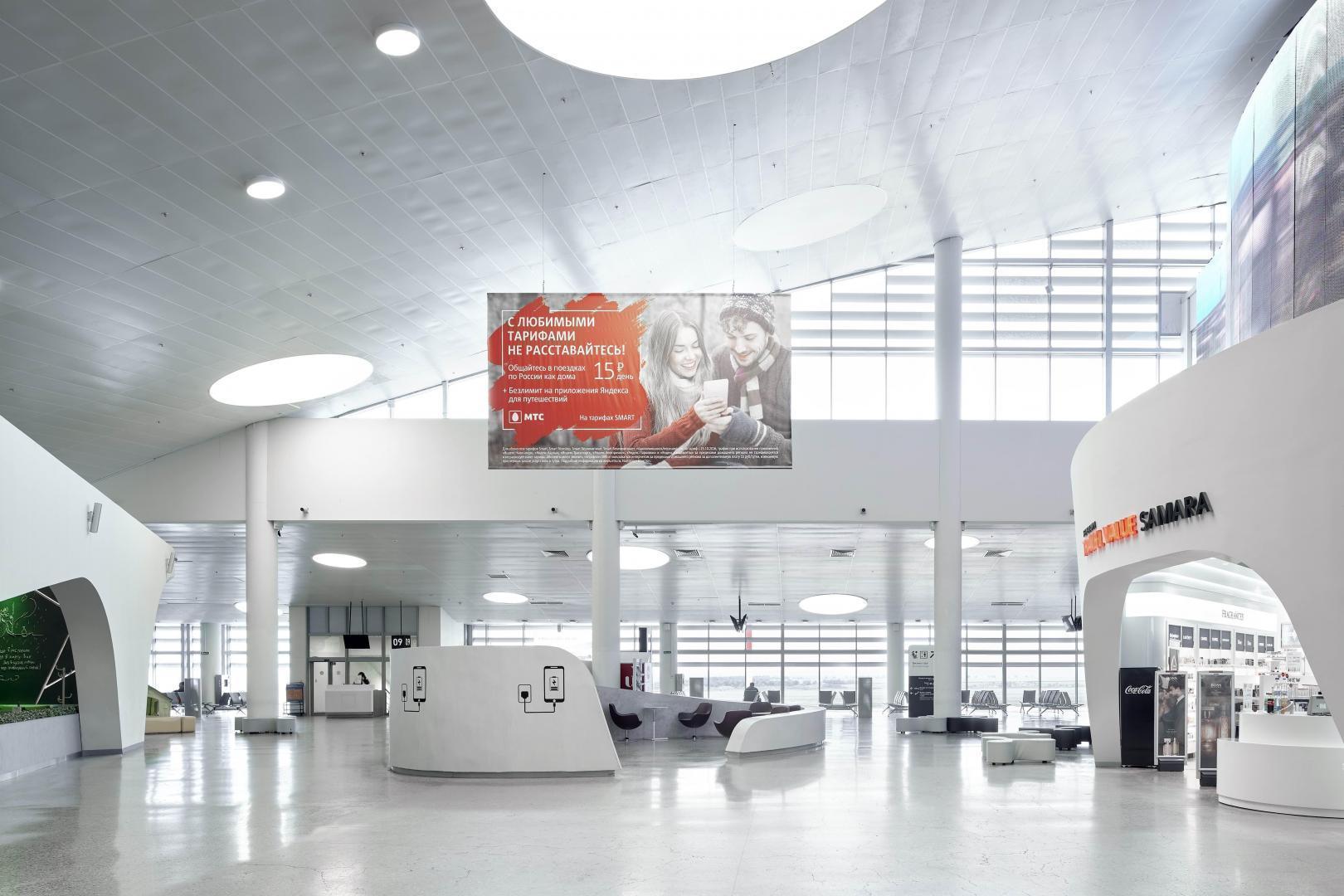 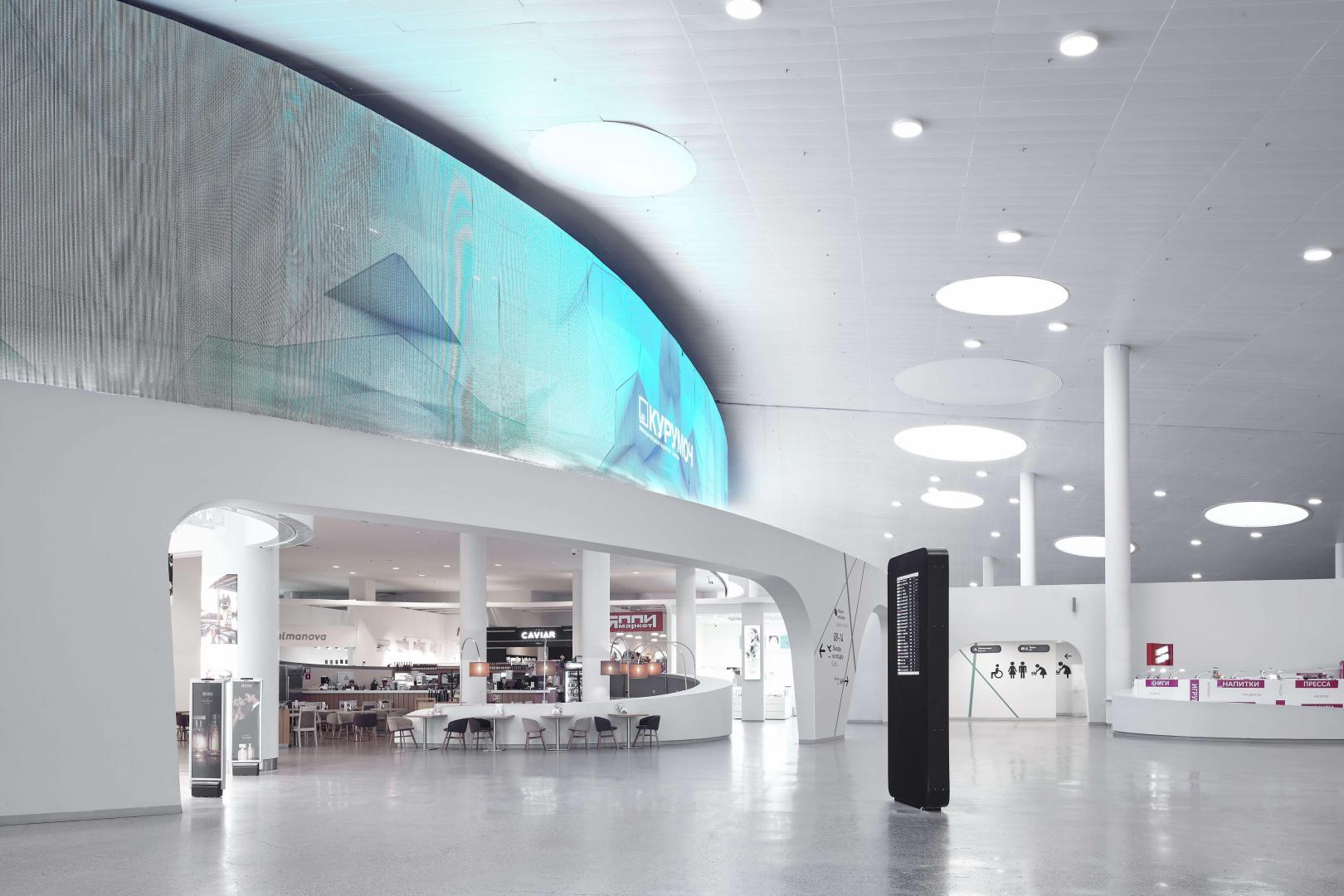 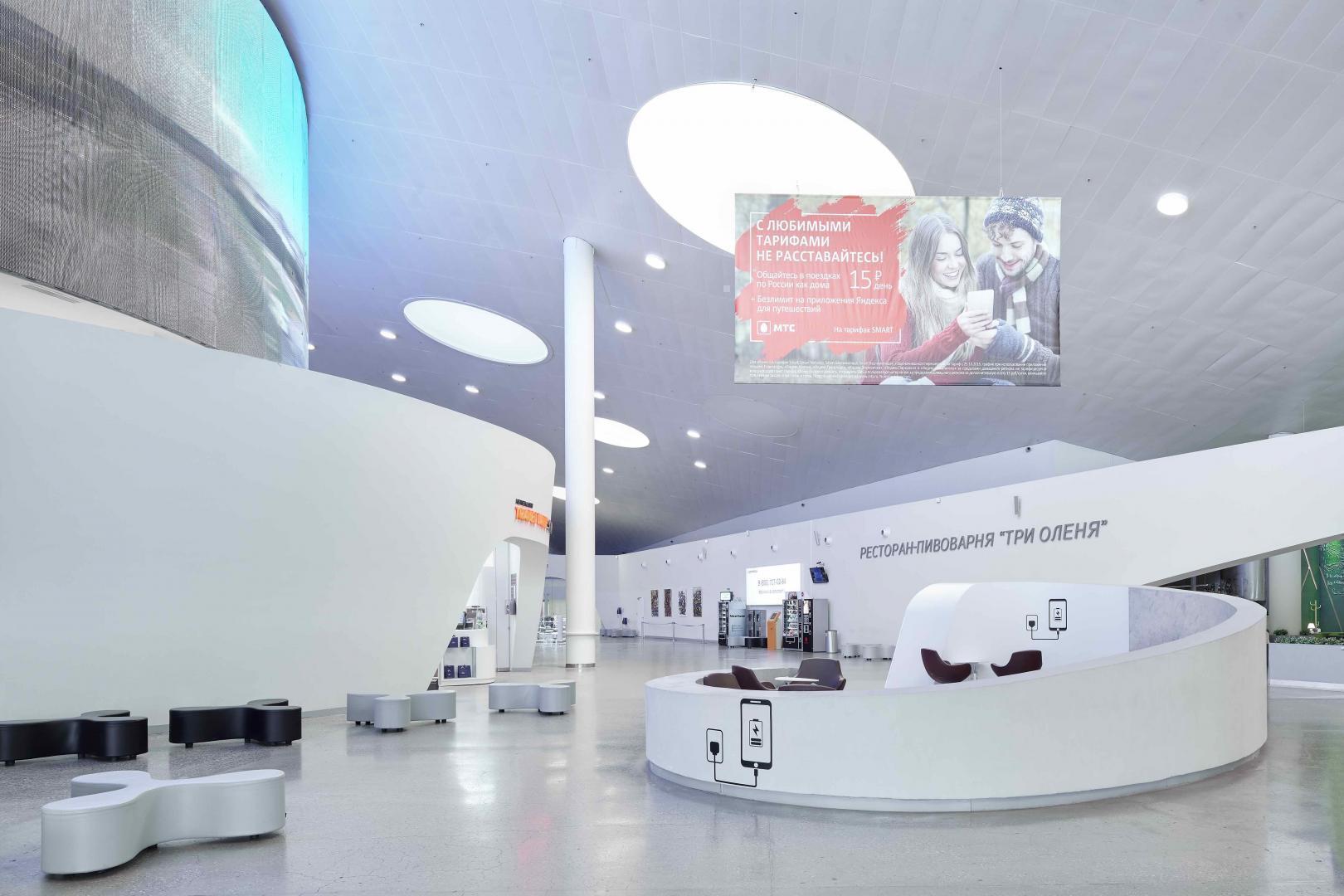 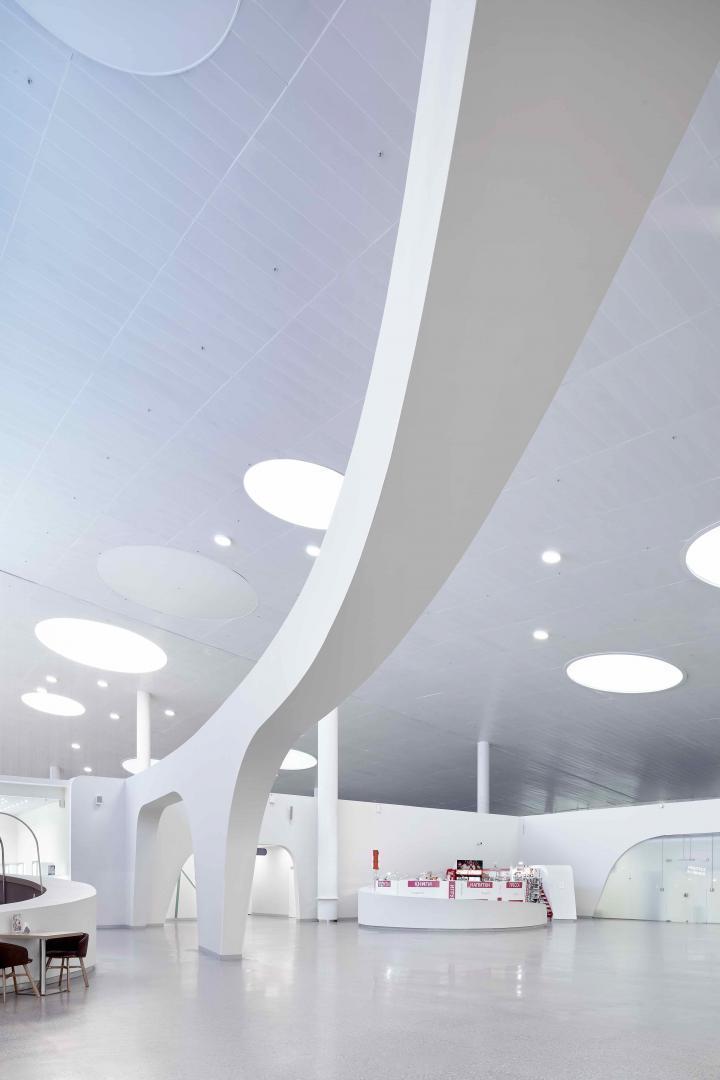 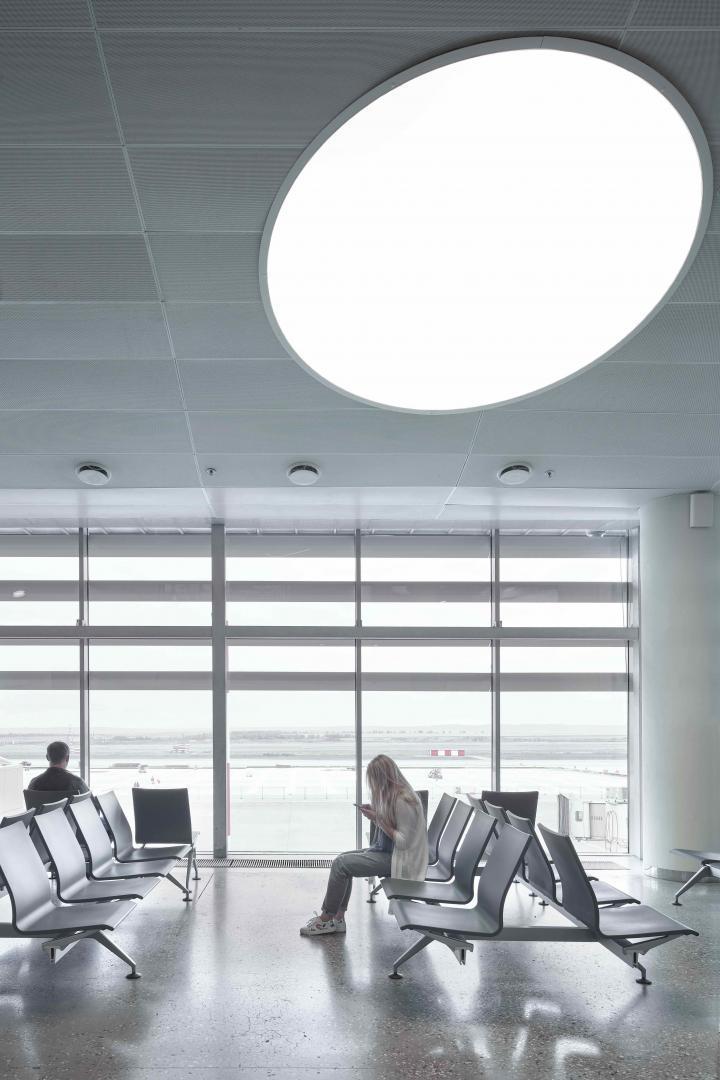 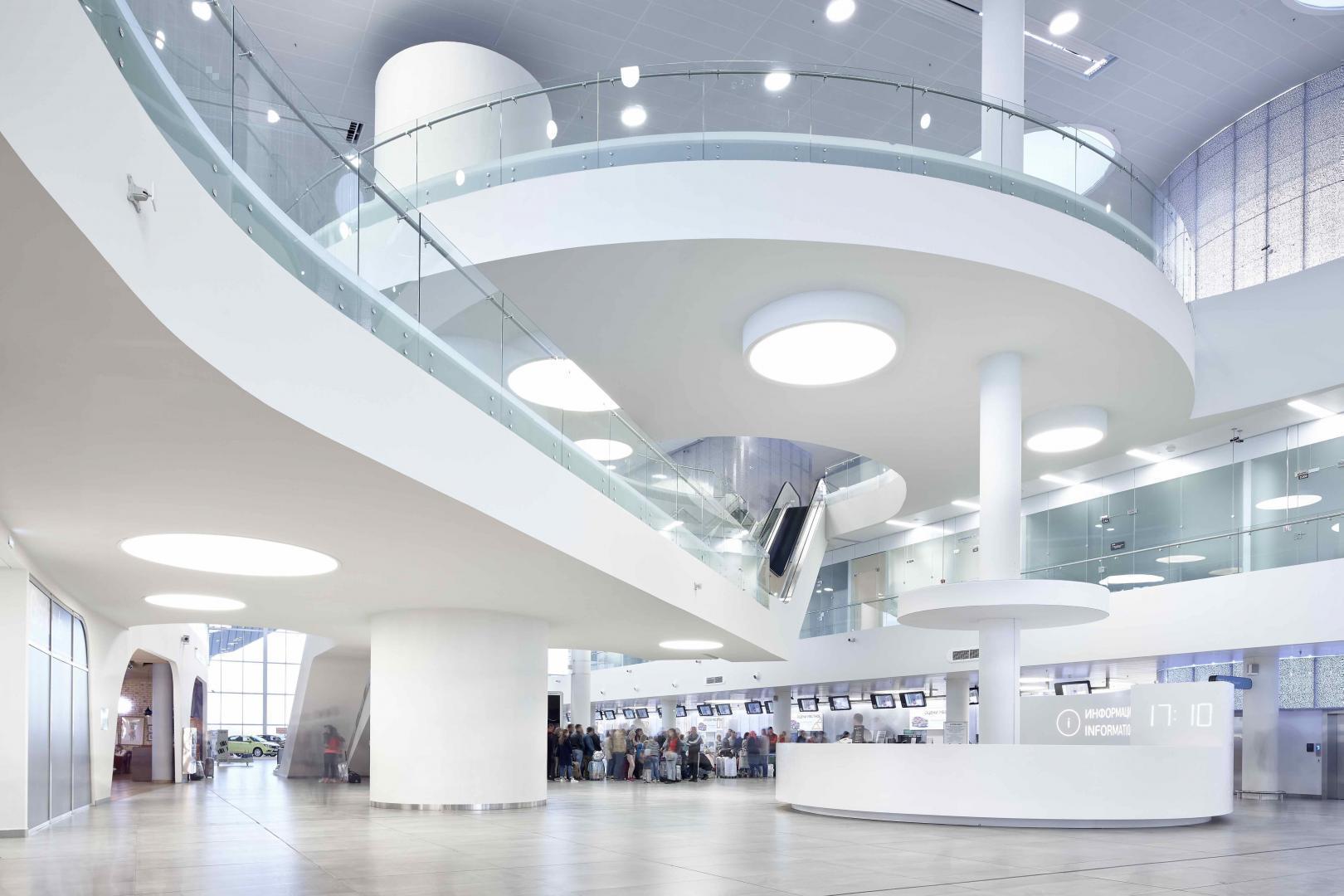 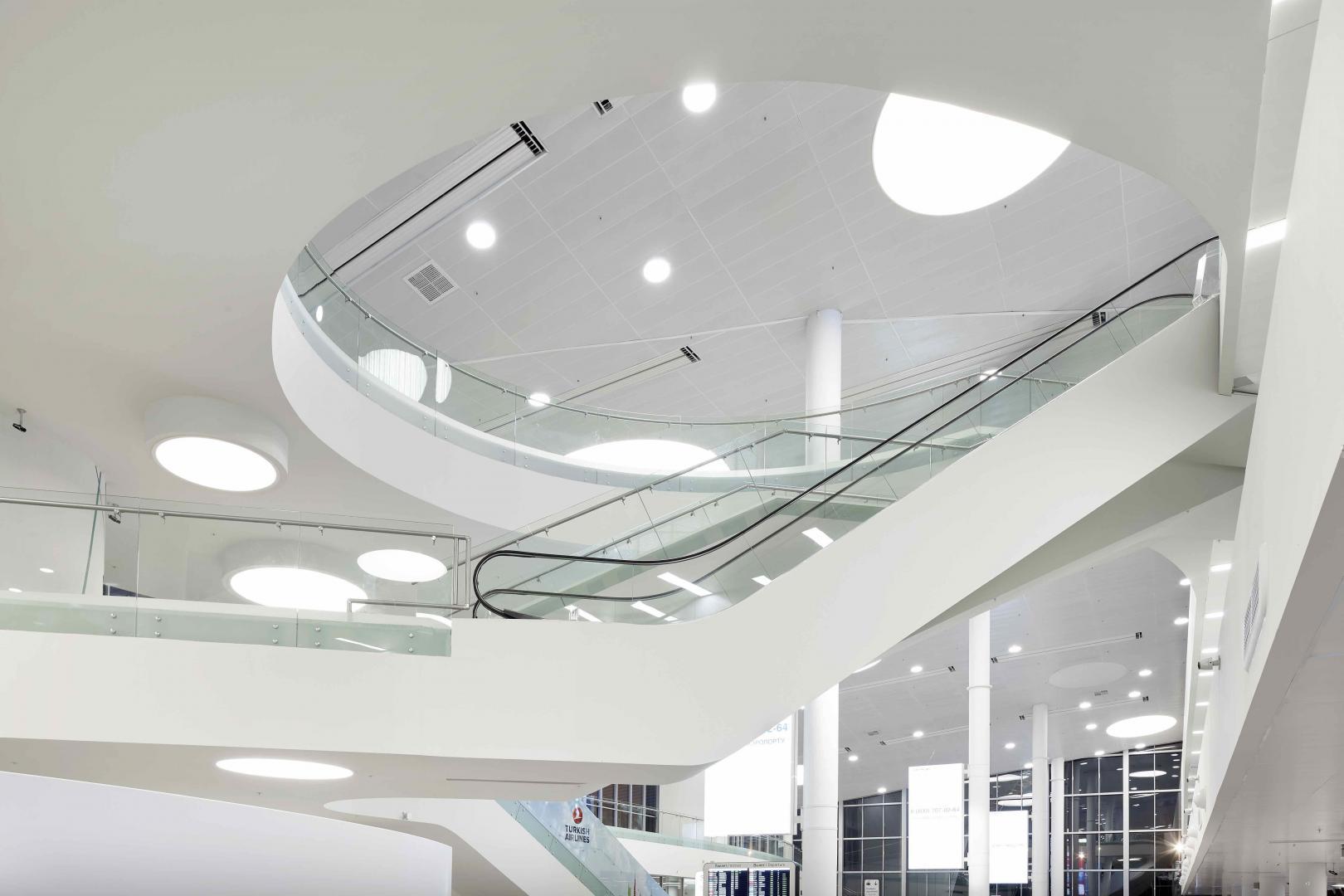 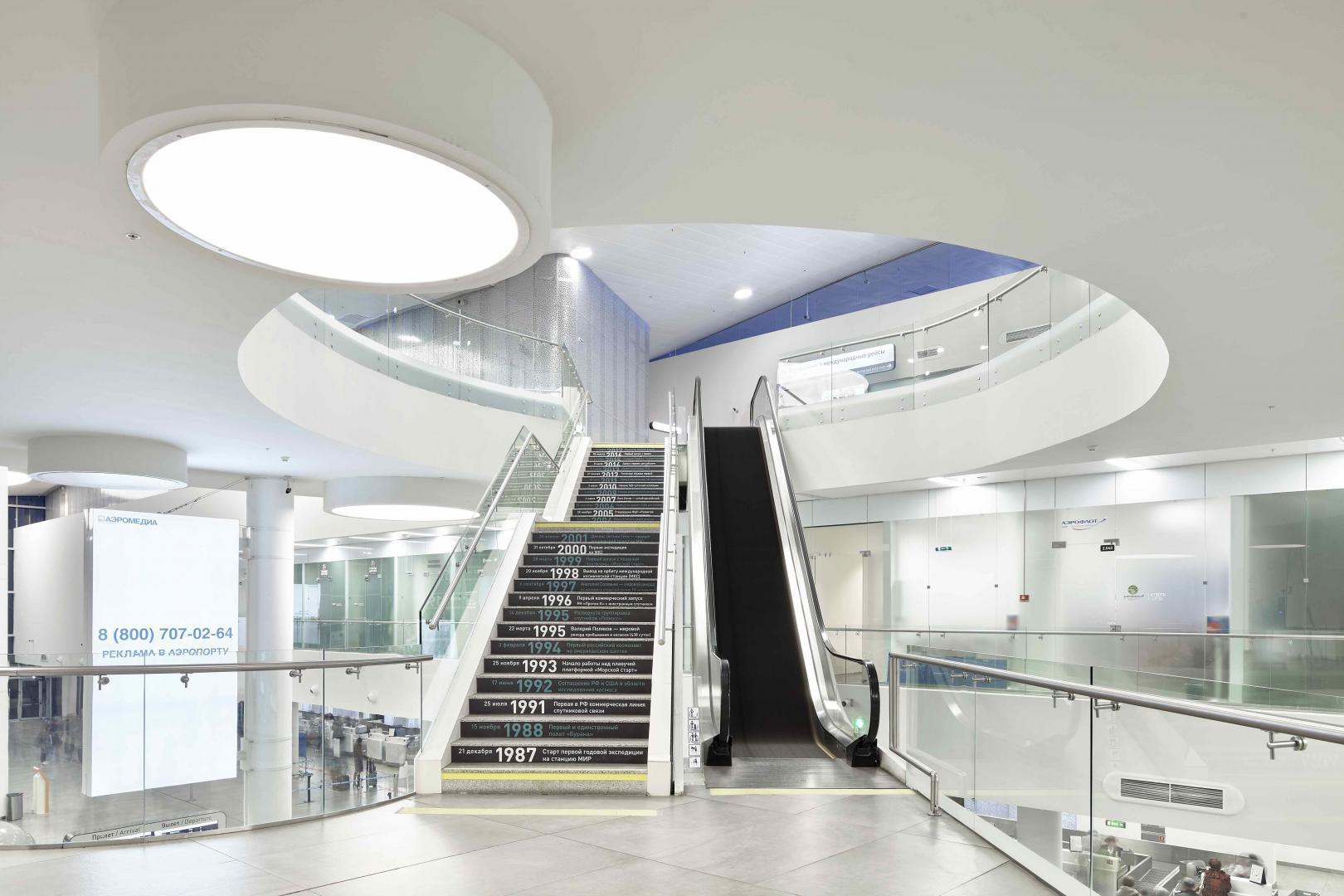 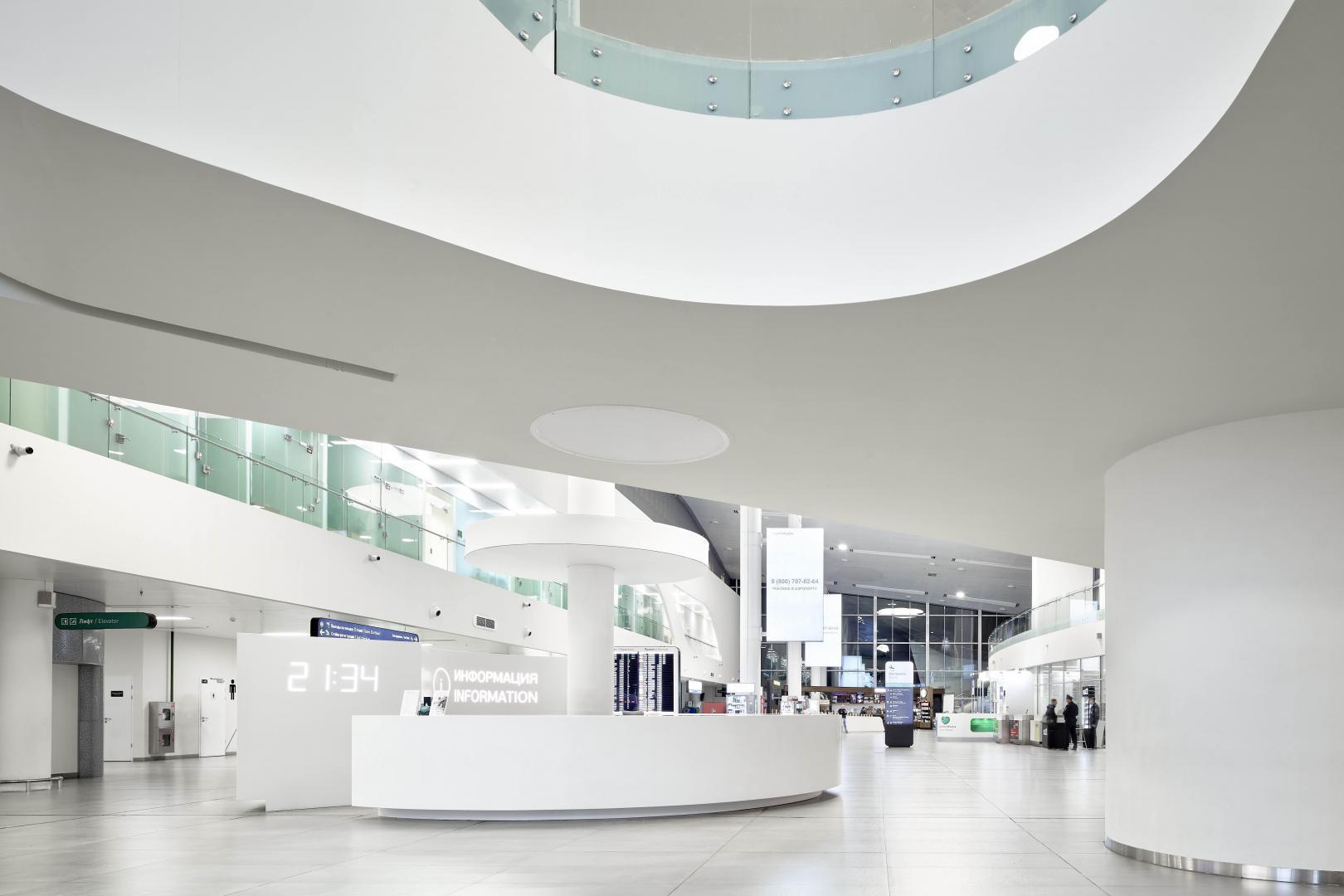 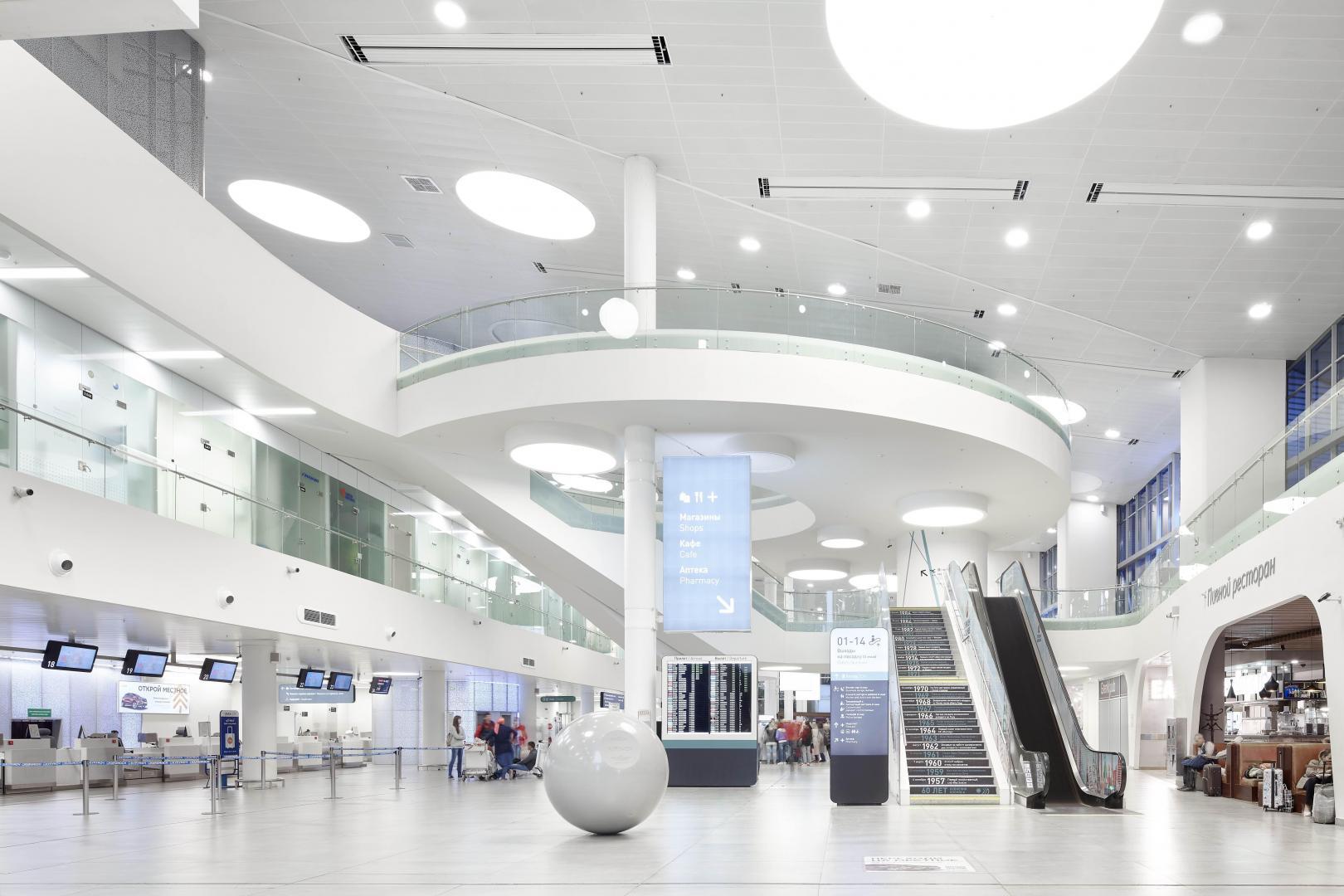 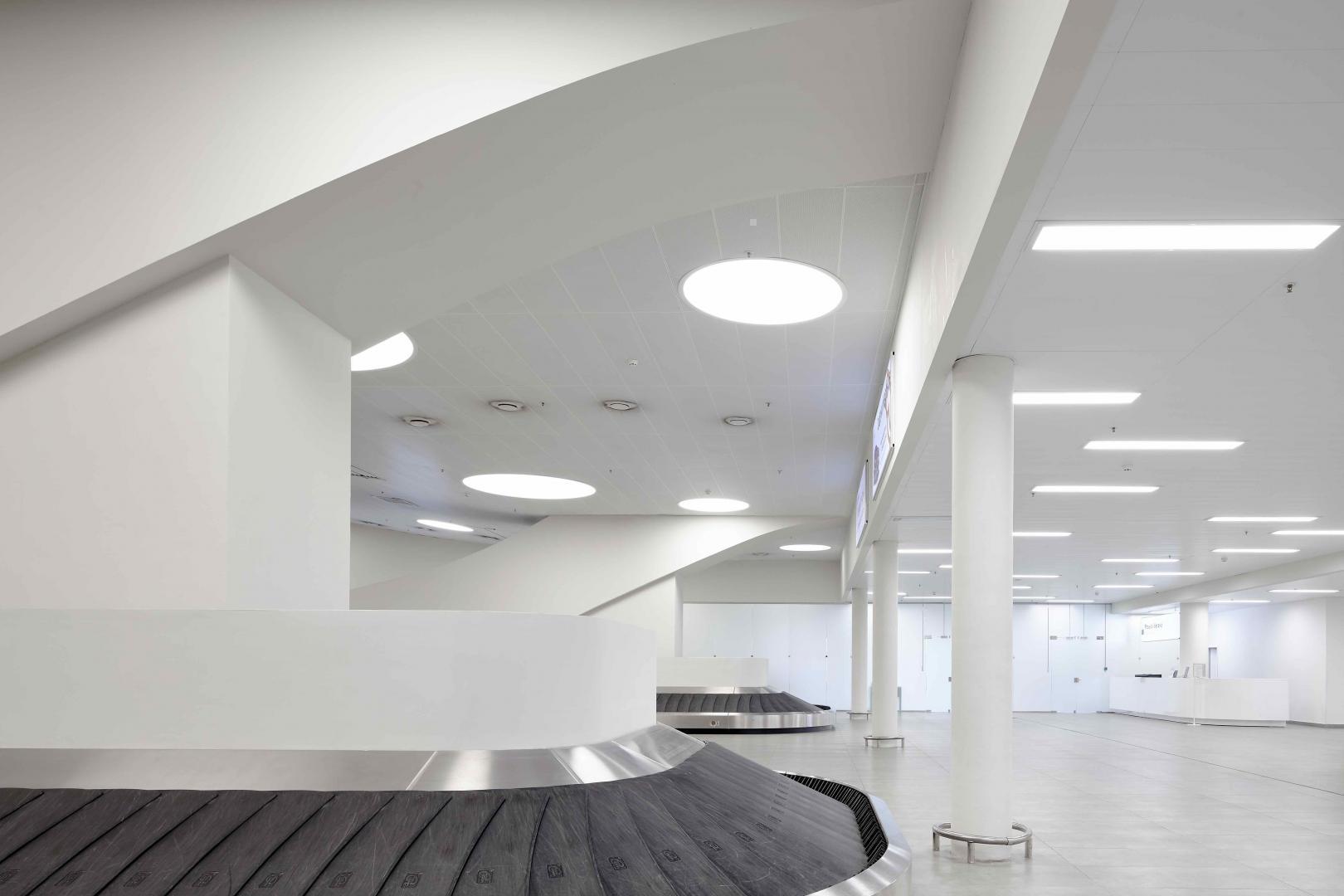